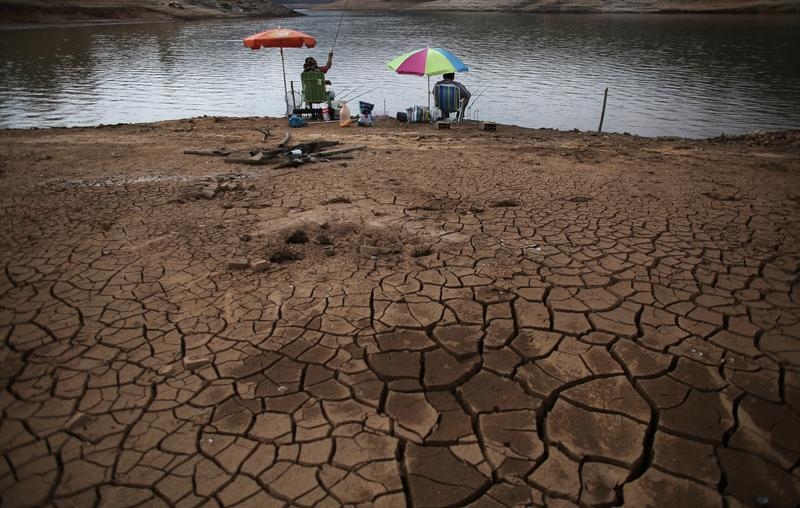 The risk of dry taps in Sao Paulo is emblematic of the rise in climate tail risks. The drought threatening Brazil’s financial capital stems in part from statistical hubris similar to the Wall Street models that failed to predict the 2008 financial crash. The consequences of environmental black swans, though, are likely to prove more pernicious.

The region’s main Cantareira reservoir system, which serves about 9 million people, stood below 12 percent of capacity on Monday, including an emergency reserve. That’s roughly double its lowest level a few weeks ago, thanks to rain finally returning to one of Latin America’s biggest cities.

But months, not weeks, of above-average precipitation are needed to replenish the reservoirs. That’s unlikely, though, as the skies only opened up close to the end of the rainy season. Without big cuts in water use by agriculture and businesses, there won’t be enough H2O to tide the city of 20 million over through the approaching dry season.

This situation was meant to be unthinkable. Sao Paulo has not had a drought this bad for at least 80 years, according to Reuters. The current water scarcity, though, is now three years old. Blame rapid population growth; culling the rain forests that seed the clouds; or bad resource management.

Whatever the causes, the impact from strained water supplies is growing – Sao Paulo state, after all, accounts for a third of Brazil’s GDP. There’s now more than a 50 percent chance, for example, that power from hydroelectric dams may have to be rationed, according to Credit Suisse analysts. A 10 percent reduction in electricity consumption would alone knock a percentage point off Brazil’s GDP forecast this year.

Responses to the global financial crisis usually had immediate as well as longer-term effects – whether popular or not. Proofing the world’s major population centers against environmental change has no quick fixes, though. Sao Paulo has teamed up with the Nature Conservancy to restore forests along river basins that feed some of the city’s reservoirs. That will take time to work, though.

Meanwhile, scientists expect more severe storms, droughts and floods as the planet’s climate changes. Yet convincing taxpayers and politicians to prepare for worst-case scenarios can be a fool’s errand. Sao Paulo may soon become the biggest modern city to be laid low by extreme weather. It is unlikely to be the last.

Consumers may also be asked to cut electricity use or face rolling blackouts in coming months due to low water levels in hydroelectric dams.

Consumers may also be asked to cut electricity use or face rolling blackouts in coming months due to low water levels in hydroelectric dams.