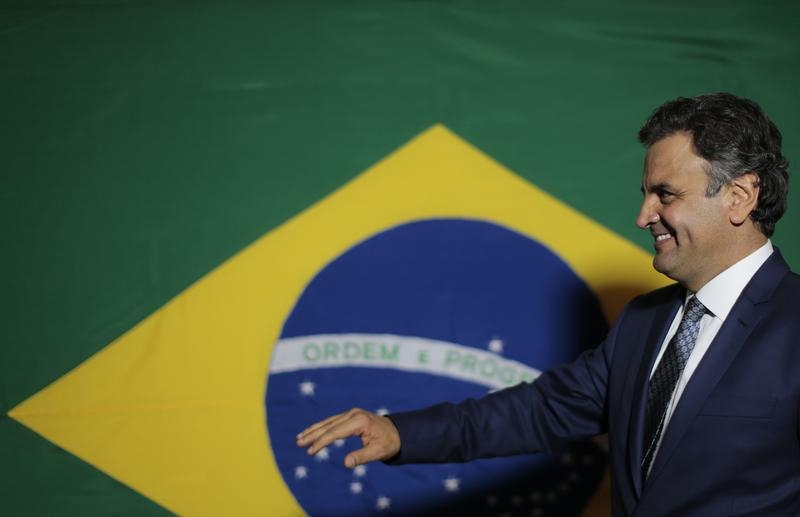 An ambitious agenda is helping Aecio Neves give President Rousseff a run for her money. But without more allies in Congress, his platform of lower deficits, slower wage growth and higher gas prices looks unrealistic. Keeping the economy steady may be the most he can deliver.

In a Datafolha poll released on Oct. 22, Brazilian President Dilma Rousseff led challenger Aecio Neves by 47 percent to 43 percent ahead of a presidential election runoff on Oct. 26. The poll was the fourth in three days to show Rousseff with a slight edge over Neves in what is expected to be the country’s tightest election in decades.

Based on provisional results, Rousseff’s coalition won 304 of the 513 seats in Brazil’s Congress to 128 for Neves’ coalition and 81 for other opposition groups.

Moody’s on Oct. 2 lowered the rating outlook for Brazil’s banking system to negative from stable. Brazil is rated BBB minus with a stable outlook by Standard & Poor’s and Baa2 with a negative outlook by Moody’s.