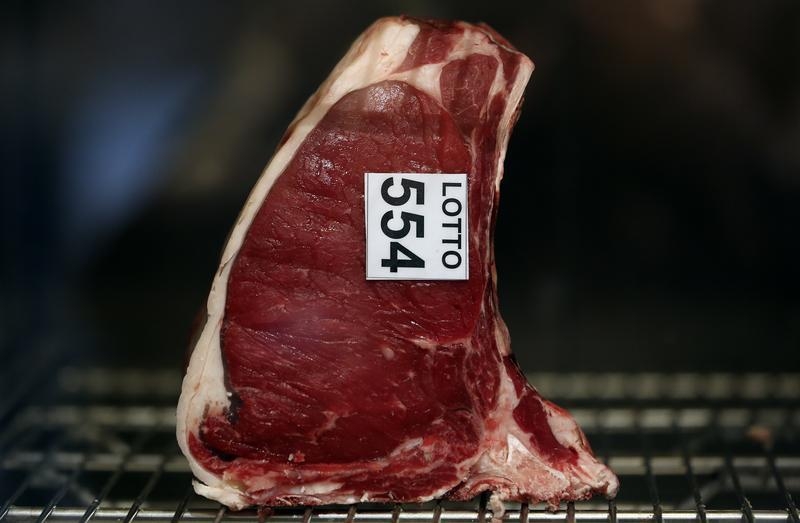 JBS is asking bondholders to approve a plan to carve out non-Brazilian business and move it to Dublin. Tax savings and a lower cost of capital may help juice the valuation. The Sao Paulo-based company, however, is still larded with debt from its $27 bln acquisition spree.

A steak is seen at the Eataly food market store in the former Smeraldo teather downtown Milan, Italy, March 20, 2016.

JBS, the world's largest meatpacker, on Aug. 10 reported second-quarter profit of 1.66 billion reais, or about $529 million, exceeding the expectations of analysts.

On Aug. 8, JBS asked bondholders to approve a plan to move its non-Brazilian business into a new company, JBS Foods International. The unit would be domiciled in Ireland, where corporate taxes are lower than in Brazil, but would have its shares listed in the United States.

The new international holding company plans to raise $3 billion of equity, to be distributed to existing shareholders. The rump Brazilian operation, meanwhile, will be renamed JBS Brazil and could become a subsidiary of the new international arm, JBS said when it unveiled the plan in May.