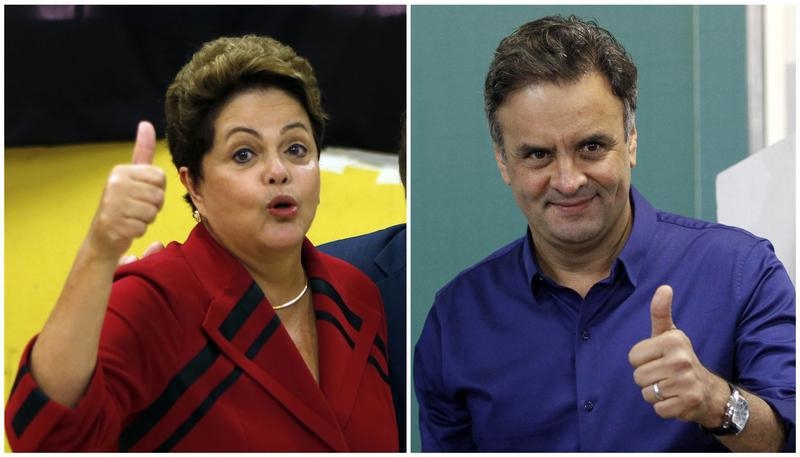 The country was christened a special growth opportunity by Goldman Sachs in 2001. For a decade its commodities-financed boom justified that. Should President Dilma Rousseff win another term, it’s not obvious that Brazil would return to its most-favored investment standing.

Brazil’s leftist President Dilma Rousseff placed first in the Oct. 5 election but did not get enough votes to avoid a runoff and will face pro-business rival Aecio Neves after he made a dramatic late surge into second place, partial results showed, Reuters reports.

After Brazil’s most volatile campaign in decades, Neves’ emphasis on “safe change” and his record as a popular two-term governor convinced enough opposition voters that he was the surest bet to try to unseat Rousseff, who has presided over a long economic slump but remains popular among the poor.

With three-quarters of votes counted, Rousseff led with 40.4 percent support compared to 35.2 percent for Neves.

Marina Silva, a prominent environmentalist who had recently led opinion polls but saw her support collapse late in the campaign, was in third place with just 21 percent of votes.

An exit poll broadcast by TV Globo just after polls closed showed Rousseff, who is seeking a second term, with 44 percent of the vote, compared to 30 percent for Neves and 22 percent for Silva.