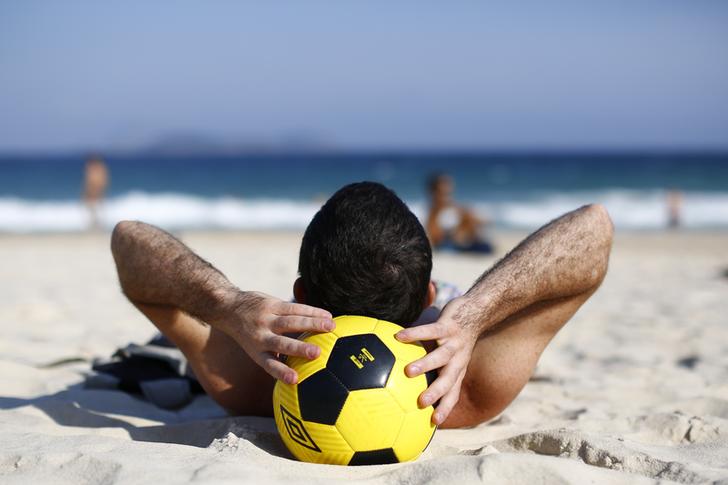 Brazil’s corporate squad pales beside its soccer stars. The country’s national football side has unquestioned world-class quality in almost every position on the pitch. Yet if there were a World Cup for businesses, Brazil would struggle to get past the group stage.

“A Seleção”, as Brazil’s soccer team is known, has won the sport’s biggest prize a record five times. Its skill on the ball is described by the exhortation “joga bonito” – “play beautifully”. Brazil has some corporate champions that are both skilled and strong. But it’s doubtful the world’s seventh-largest economy could field a world-beating team of corporate stars.

Brazil would surely place Ambev, its largest listed company, at the heart of its midfield. Though the $115 billion brewer is technically a subsidiary of Belgium-listed Anheuser-Busch InBev, the parent company’s management is dominated by Brazilians. So is AB InBev’s board. It includes two of the three principals at 3G, who together with Jorge Paulo Lemann, Brazil’s richest man, created Ambev in 1999.

Vale, the miner with a market cap of around $70 billion, has the kind of reserves required to serve in defence. Hulking state-owned oil major Petrobras would suit the role of goalkeeper. Food companies Pão de Açucar, JBS and BRF could join Ambev in midfield with steel maker Gerdau and petrochemicals company Ultrapar helping Vale in the backline.

For the substitutes’ bench there’s motor-maker Weg, aircraft manufacturer Embraer, cosmetics firm Natura and sugar and ethanol producer Cosan. But it’s hard to see how corporate Brazil would have much strength in depth compared with much less populous and not much larger economies like Britain or France.

Low investment and the huge domestic market help explain why corporate Brazil punches below its weight on the international stage. Here, though, Brazilian companies could look to the example set by A Seleção. Only four of the 23 World Cup squad members play for domestic clubs. If more of Brazil’s corporate big guns had a similarly international outlook, “joga bonito” might apply to them as well.

The ceremony to mark the start of the 2014 soccer World Cup starts at 3.15 p.m. Sao Paulo time on June 12. Following the ceremony, host nation Brazil will play Croatia in the opening match of the tournament.

A man takes a nap over a soccer ball at Ipanema beach in Rio de Janeiro June 9, 2014.

The ceremony to mark the start of the 2014 soccer World Cup starts at 3.15 p.m. Sao Paulo time on June 12. Following the ceremony, host nation Brazil will play Croatia in the opening match of the tournament.