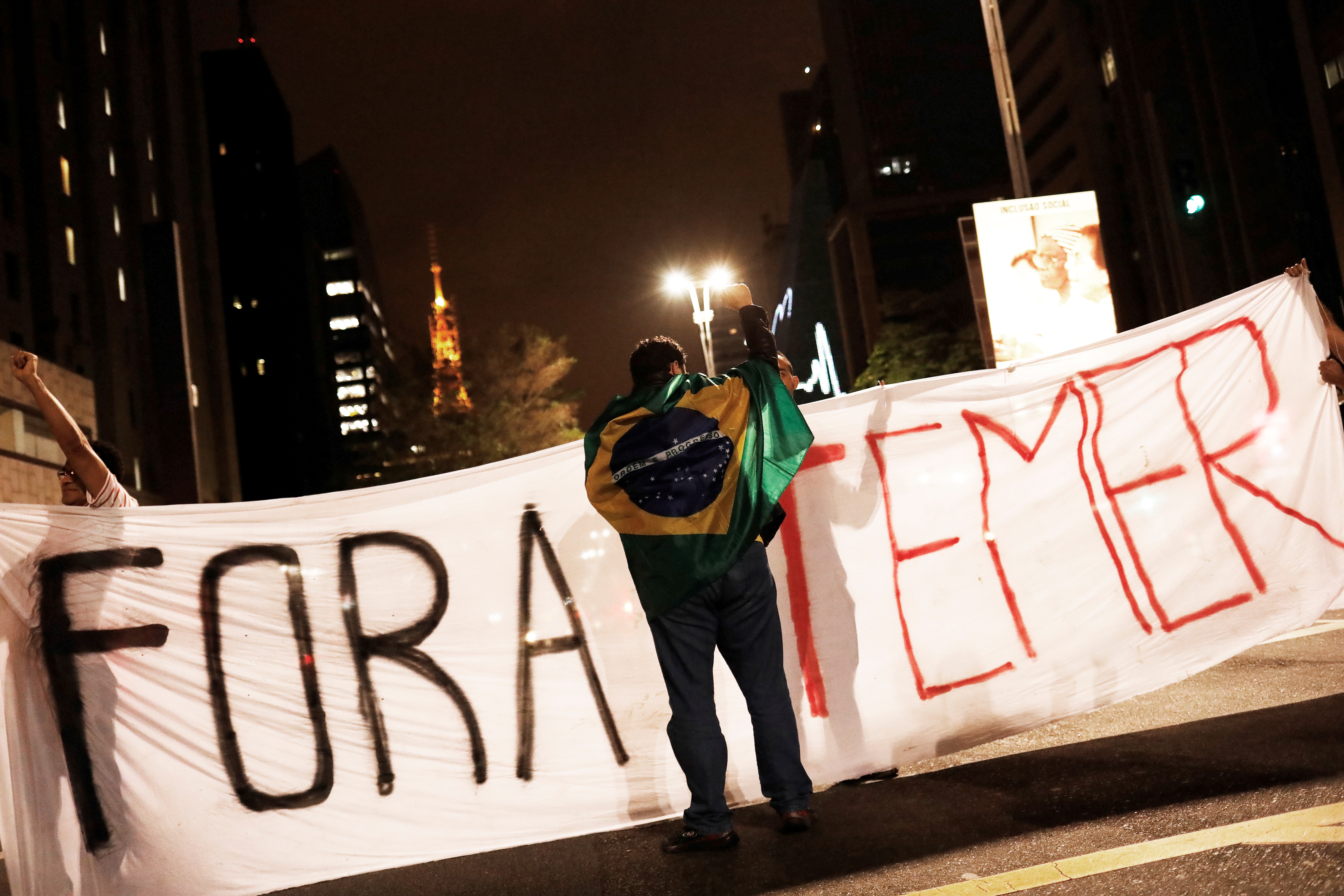 President Michel Temer has improved economic headlines, for example pushing inflation below 4.5 pct. Now he’s implicated in the wider bribery scandal enveloping his government. A 10 pct drop in the stock market reflects fear that his unpopular but effective policies are on hold.

A demonstrator draped with a Brazilian Flag is pictured in front a banner reading "Temer out" during a protest against Brazil's President Michel Temer in Sao Paulo, Brazil, May 17, 2017.

Brazilian President Michel Temer gave his blessing to an attempt to pay a potential witness to remain silent in the country's biggest-ever graft probe, according to plea bargain testimony by a powerful businessman, newspaper O Globo reported on May 17.

The Bovespa stock market index fell over 10 percent by 9:45 a.m. EST on May 18. Brazilian bonds and the real also fell sharply in value, with Brazil's currency losing more than 8 percent against the dollar.

Brazil's central bank said on May 18 it was monitoring the impact of media reports about Temer and would act to keep markets functioning properly.

Brazil's annual inflation rate in April fell to its lowest level in nearly 10 years, national statistics bureau IBGE said on May 10. Consumer prices rose 4.08 percent in the 12 months through April compared with an increase of 4.57 percent in the year to March.