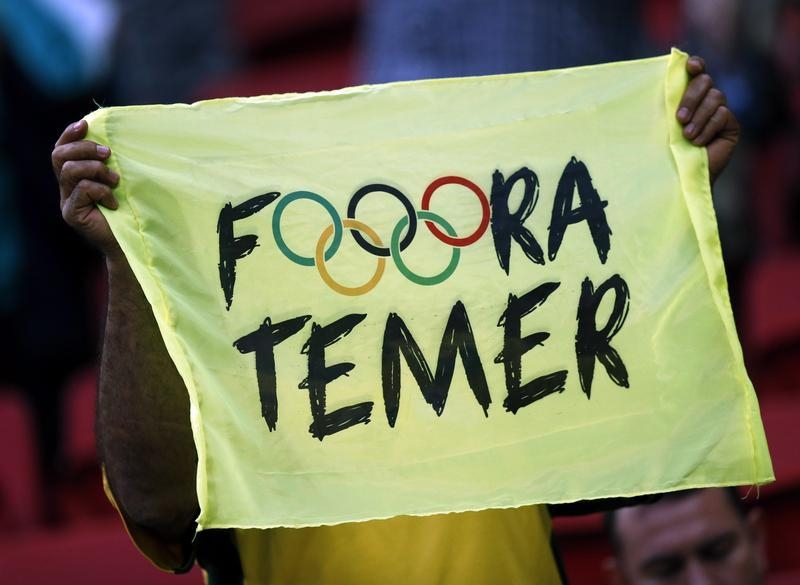 Local stocks and the real have sprinted ahead as investor confidence grows in Latin America’s biggest economy. Interim President Michel Temer dusting Dilma Rousseff has much to do with that. The hard work of enforcing austerity, however, is all that can help in the long run.

A banner reads "Out Temer" in reference to the interim Brazilian President Michel Temer, Brasilia, Brazil - 04/08/2016.

A conviction in her impeachment trial, which is expected to last until late August, would remove Rousseff, ending 13 years of leftist rule by her Workers' Party, and confirm interim President Michel Temer in office for the rest of Rousseff's term through 2018.