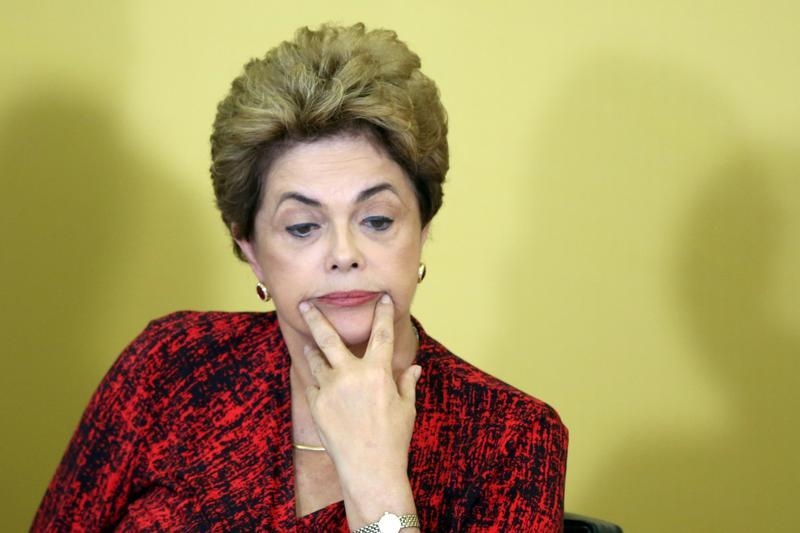 Brazil’s Senate is finally set to unseat President Dilma Rousseff. Assuming that happens as expected on Wednesday evening, it will reflect many Latin Americans’ disdain for corruption and the battier kind of leftist economic policy. A new pro-business government led by Vice President Michel Temer, who is likely to take over on Thursday, could join the reforming Mauricio Macri in Argentina in offering a better model for the region. But they’ll need growth, political nous and an absence of new scandals if they’re to achieve unpopular fixes.

Rousseff is accused in the Senate of breaking budgetary laws to boost her re-election chances in 2014, rather than any crime related to the massive corruption probe centered on state oil giant Petroleo Brasileiro. Yet widespread disgust at that scandal is what brought her low, along with inept management of the economy amid a collapse in commodity prices.

Temer is likely to name respected former central bank chief Henrique Meirelles to head his economic team and will seek to reduce a gaping fiscal deficit, attract foreign investment and start addressing longer-term issues such as reforming Brazil’s unsustainable pension system. In a sign of market approval, the cost of insuring against default on Brazil’s debt fell to its lowest in almost two weeks as the Senate began deliberations, Markit CDS data showed.

Though the region’s inhabitants may be ready for some changes, Temer – like Macri in Argentina, who has promised to dismantle the statist policies of his leftist predecessor Cristina Fernandez – will face protests at any effort to cut social provision. Both men will need a recovery in growth to mask the pain of relative economic discipline. In Argentina, the IMF sees GDP shrinking 1 percent this year but growing 2.8 percent in 2017. In Brazil it expects a near 4 percent contraction this year and a flat 2017 before sluggish growth returns in 2018.

Success for Temer and Macri may bolster market-friendly forces elsewhere. But both also need to avoid scandals of their own. In Argentina, probes into corruption under Fernandez may also touch some Macri associates. And Temer’s PMDB party is as besmirched by the Petrobras scandal as Rousseff’s Workers’ Party. They’ll need to support the independence of their respective judiciaries to help free-market reforms prosper. One risk is that could backfire on them.

The Brazilian Senate is set to decide on May 11 whether President Dilma Rousseff should be put on trial for breaking budget laws.

If the chamber votes to impeach Rousseff, as expected, the leftist leader will be suspended on May 12 for up to 180 days and Vice President Michel Temer will become acting president during her trial. If she is found guilty, Temer will complete her presidential term, which runs through the end of 2018.