Band-aid on a gunshot wound 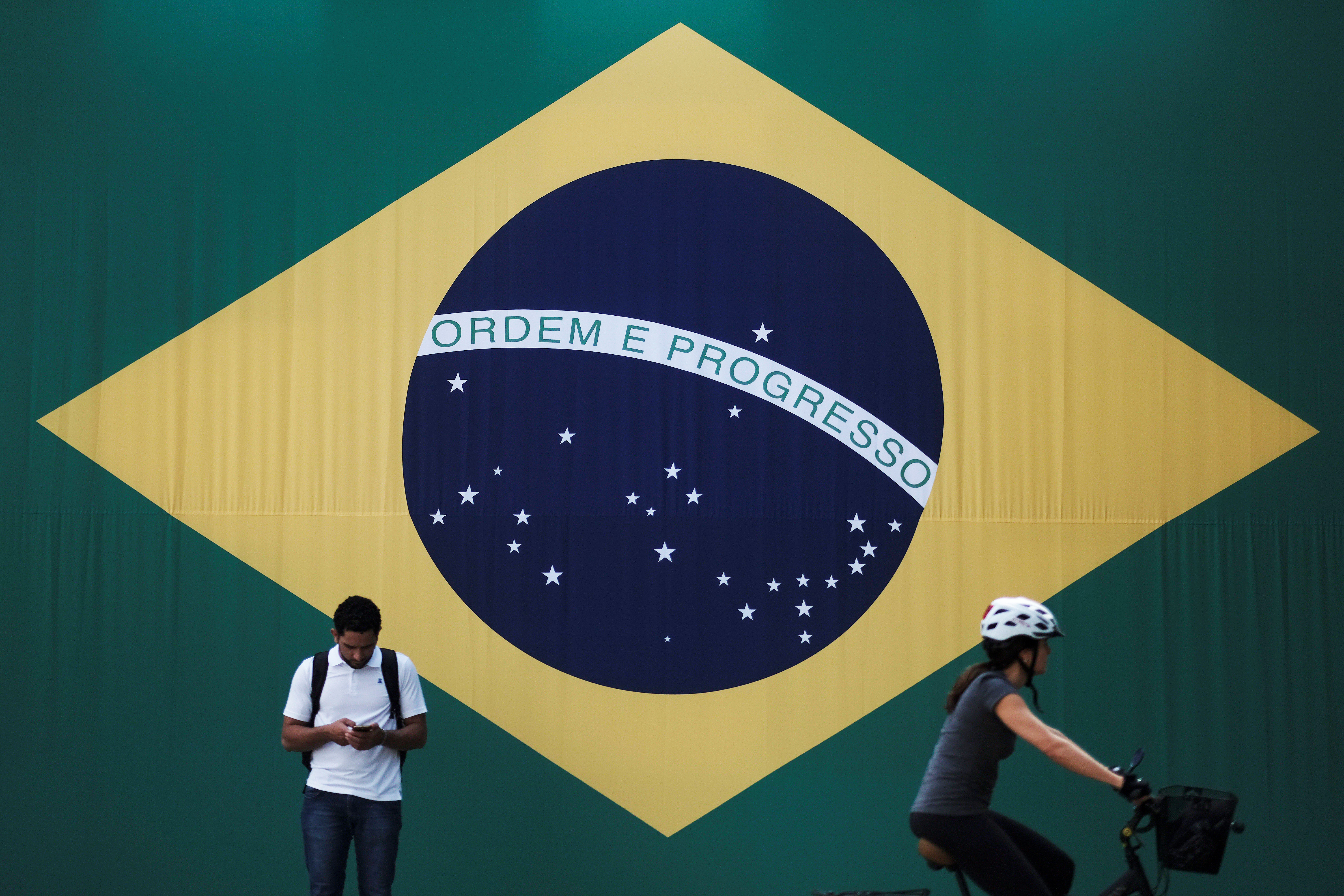 The economy minister just proposed a simplified 12% VAT – part one of a much-needed tax reform. Passage would be a positive step, but small potatoes on its own – especially as its economy could shrink by almost 8%. The window for big-time economic reform may have closed.

A man checks his mobile phone as a woman riding a bike passes next to a big Brazilian flag in Sao Paulo, Brazil June 28, 2018.

Brazil's Economy Minister Paulo Guedes presented congressional leaders on July 21 with a proposal to combine two federal consumption taxes into a single 12% value-added tax. The new tax, to be known by the Portuguese acronym CBS, would replace the so-called PIS and Cofins federal consumption taxes. The government said it’s the first part of its tax reform proposals.

The ministry’s presentation said the new tax would come into effect six months after receiving approval by lawmakers.