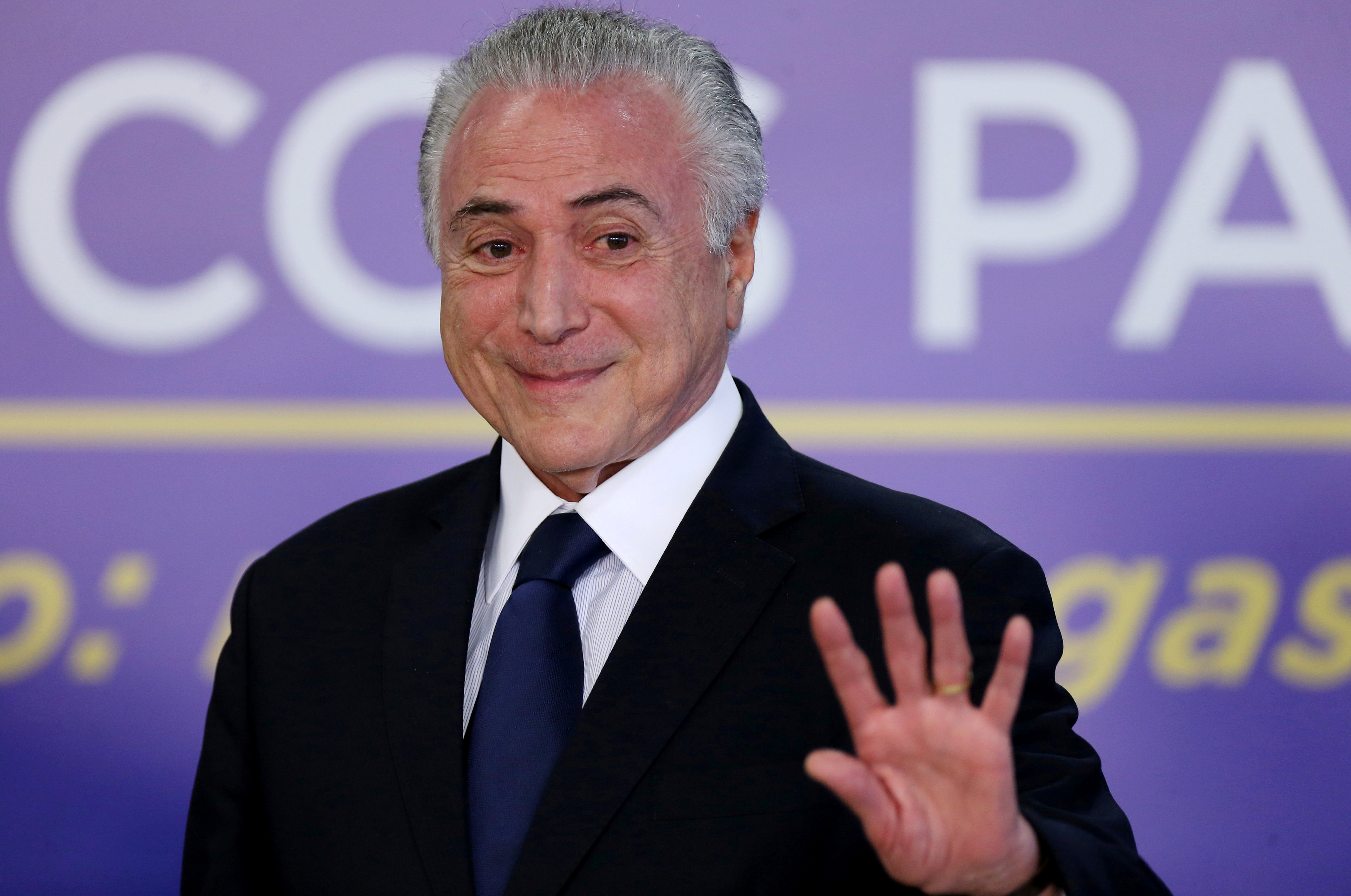 Forcing state lender BNDES to cut back soft loans to business will shrink the government’s role in the economy and help its ailing finances. New graft allegations against the president’s predecessors show how badly such measures are needed. Sometimes corruption can be his friend.

Brazil's President Michel Temer waves during a ceremony at the Planalto Palace in Brasilia, Brazil August 1, 2017.

Brazil's Senate on Sept. 5 approved a bill that creates a market-based benchmark lending rate for state development bank BNDES. The bank, Brazil's biggest source of long-term corporate loans, has offered companies cheap funds for decades to boost economic growth and create jobs. However, rising public debt and corruption scandals have led to increased scrutiny of its lending policies. The lower house of Congress previously passed the measure in August.

Brazilian inflation hit a fresh 18-year low in August, statistics agency IBGE said on Sept. 6. The IPCA consumer price index rose 2.46 percent in the 12 months through August, below even the lowest forecast in a Reuters survey of 23 economists and below the central bank’s target range of 3 to 6 percent. The central bank was widely expected to lower the benchmark Selic rate by 100 basis points, to 8.25 percent, later on Sept. 6, extending the country's deepest easing cycle in a decade. The Brazilian economy, which is recovering from its worst recession in a century, grew more than expected in the second quarter, expanding by 0.3 percent year-on-year, IBGE said on Sept. 1.