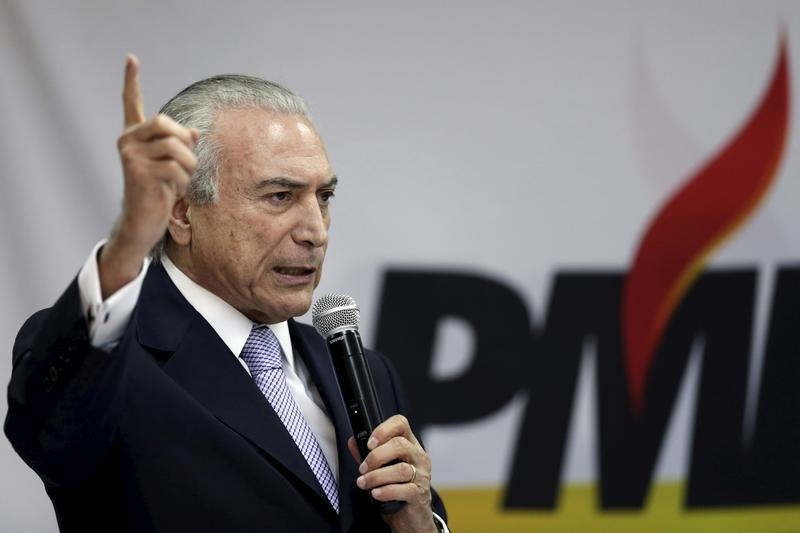 The unpopular leader has won a key victory, securing constitutional reform to cap public spending for the next 20 years. That’s necessary but insufficient if he is to fix Latin America’s largest economy. Pension reform will be harder, though, and a corruption probe spells danger.

Brazil's Vice President Michel Temer speaks during a meeting with members of the Party of the Brazilian Democratic Movement (PMDB) in Brasilia May 7, 2015. REUTERS/Ueslei Marcelino

Brazilian senators on Dec. 13 passed the main text of a 20-year public spending cap proposed by President Michel Temer to control a ballooning budget deficit. The Senate approved the spending ceiling by a 53-16 margin. The constitutional amendment limits the growth of federal-government spending to the rate of inflation for 20 years, with a presidential review after a decade.

A former director of Brazilian engineering firm Odebrecht told prosecutors that the company made several illegal contributions to politicians from the ruling PMDB party, including Temer, according to a report aired on Dec. 9 by Globo TV. If prosecutors are able to prove the accusation, Temer could face an impeachment trial that would destabilize his government. Temer has already lost several ministers after similar accusations from other construction firms embroiled in a wide-ranging corruption probe. Temer's press office denied the accusation.