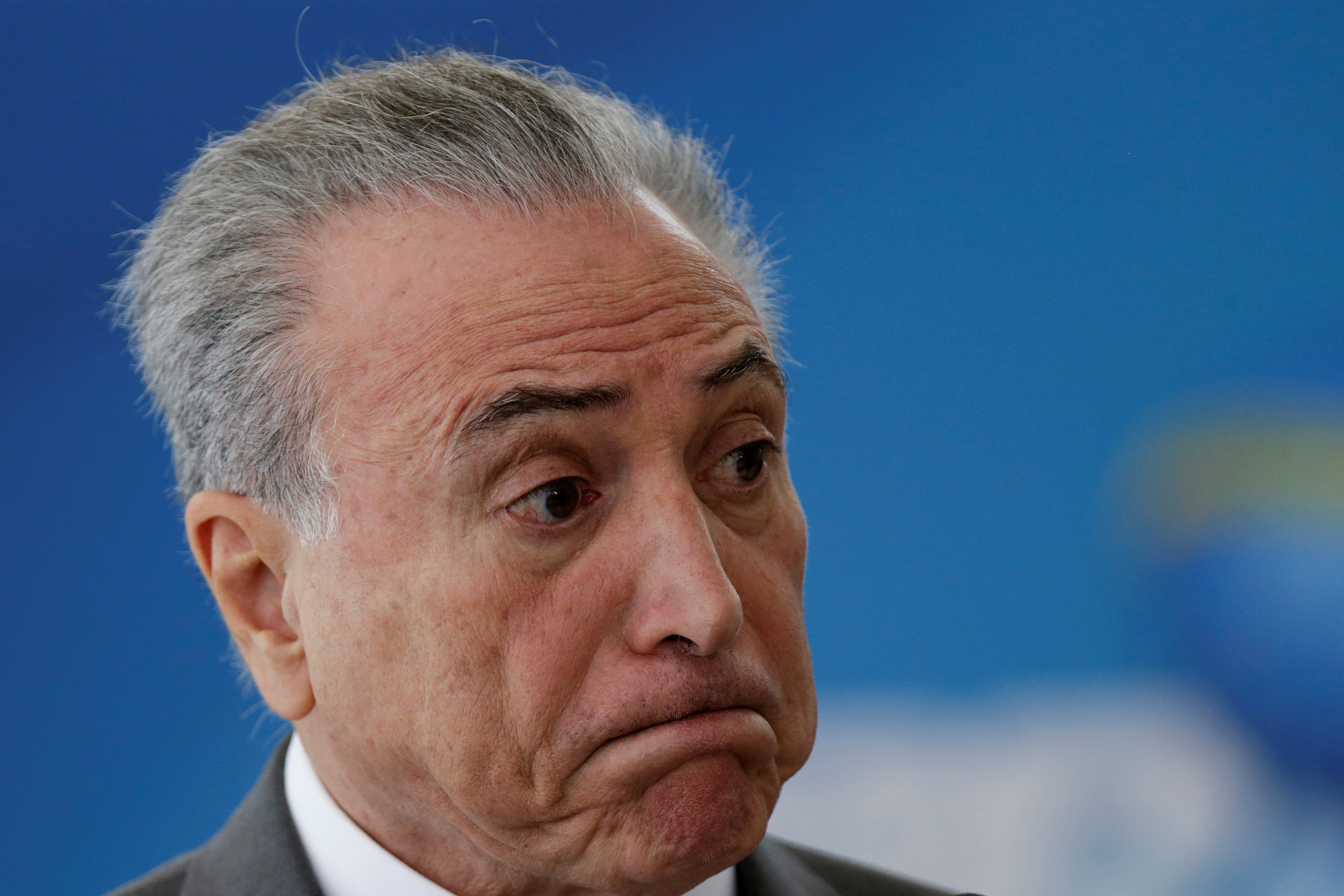 The “Car Wash” corruption probe is increasingly denting the president’s government as he tries to drive crucial changes to an unsustainable pension system through Congress. The nation’s economic recovery may hinge on his ability to ease off the gas just enough to ensure passage.

Brazil's President Michel Temer said on April 17 he expects some of his ministers to resign after they were implicated in a massive corruption investigation, but said this would not stop his government from pursuing landmark economic reforms.