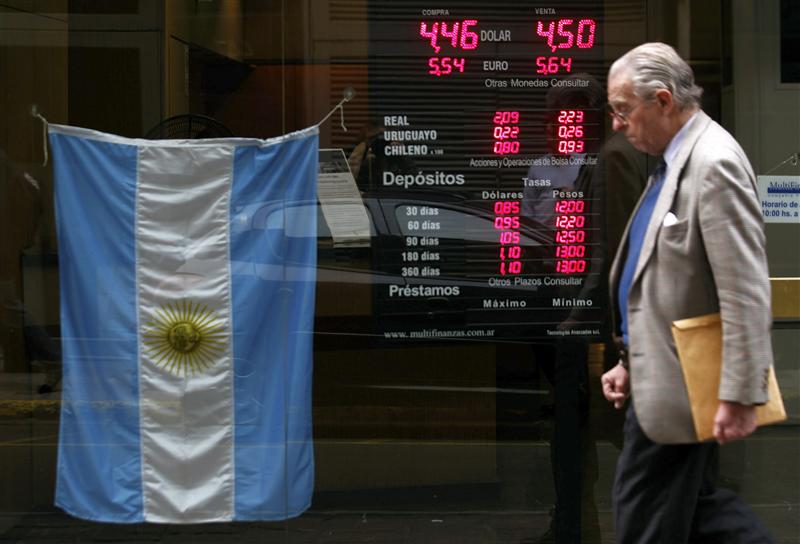 Argentina and Venezuela are both potential candidates for default. Investors may be pricing in the risks in the two countries’ debt. But they seem too sanguine about the danger of 1980s-style contagion elsewhere in the region.

As part of a battle playing out in New York’s courts, Argentina said last week it may stop all debt payments to avoid paying holdout creditors from its last default 11 years ago – even though it is able to pay. Meanwhile under spendthrift President Hugo Chavez, Venezuela’s credit looks shaky. Ecuador, for its part, hasn’t returned to global markets since a default in 2009.

Credit default swap markets show how investors treat Latin American names as a group. Prices for CDS on Colombia, Peru and Brazil, for example, track each other closely, while there’s no strong correlation with other borrowers of similar credit standing like Indonesia and Bulgaria.

All that may be needed is a spark. Latin America’s debt crisis 30 years ago began with Mexico’s admission in August 1982 that the country could not service its debts. This dried up finance for other borrowers, even those such as Venezuela that had only moderate foreign debt in relation to GDP. Every decent-sized country in the region except Colombia defaulted between 1982 and 1984.

Overall, the economies concerned are in better shape today. In the 1980s, the big Latin American defaulters had external debts totaling 40 percent to 70 percent of GDP. Today all the largest names are near or below the bottom of that range, with more of the debt in the private sector. With interest rates at historic lows and credit readily available, they can also borrow freely.

In that context it’s not surprising that Ecuador’s last default and the recent difficulties in Argentina and Venezuela have, generally speaking, had political origins. Financial considerations like the deficits and high interest rates of the 1980s are lesser factors today.

But a surprise populist election victory or, say, a destabilizing slump in key commodity prices could still surprise markets. Add a “risk-off” mood, perhaps stoked by rumbling trouble in Europe, along with the unreliable foreign-debt track record of Argentina and Venezuela, and it’s not hard to imagine another round of regional defaults. The last major episode may predate the Web, but investors could still benefit from Googling it.

Argentina’s attorney on Feb. 27 told a U.S. appeals court that holdout U.S. creditors should not be paid in full, and that the country could end up ignoring a court order requiring payment.
The latest step in the legal showdown between Argentina and a group of hedge funds led by Elliott Management affiliate NML Capital came 11 years after Argentina defaulted on about $100 billion in sovereign debt. About 92 percent of its bonds were restructured in 2005 and 2010, giving holders 25 cents to 29 cents on the dollar. But bondholders who did not participate in those debt swaps have sought full repayment.
The Latin American debt crisis of the 1980s was sparked by an admission in August 1982 by Mexico’s finance minister that it could not pay its debts. Mexico, Brazil, Argentina, Venezuela, Chile, Costa Rica, Ecuador, Panama and Peru all defaulted on their debt between 1982 and 1984.