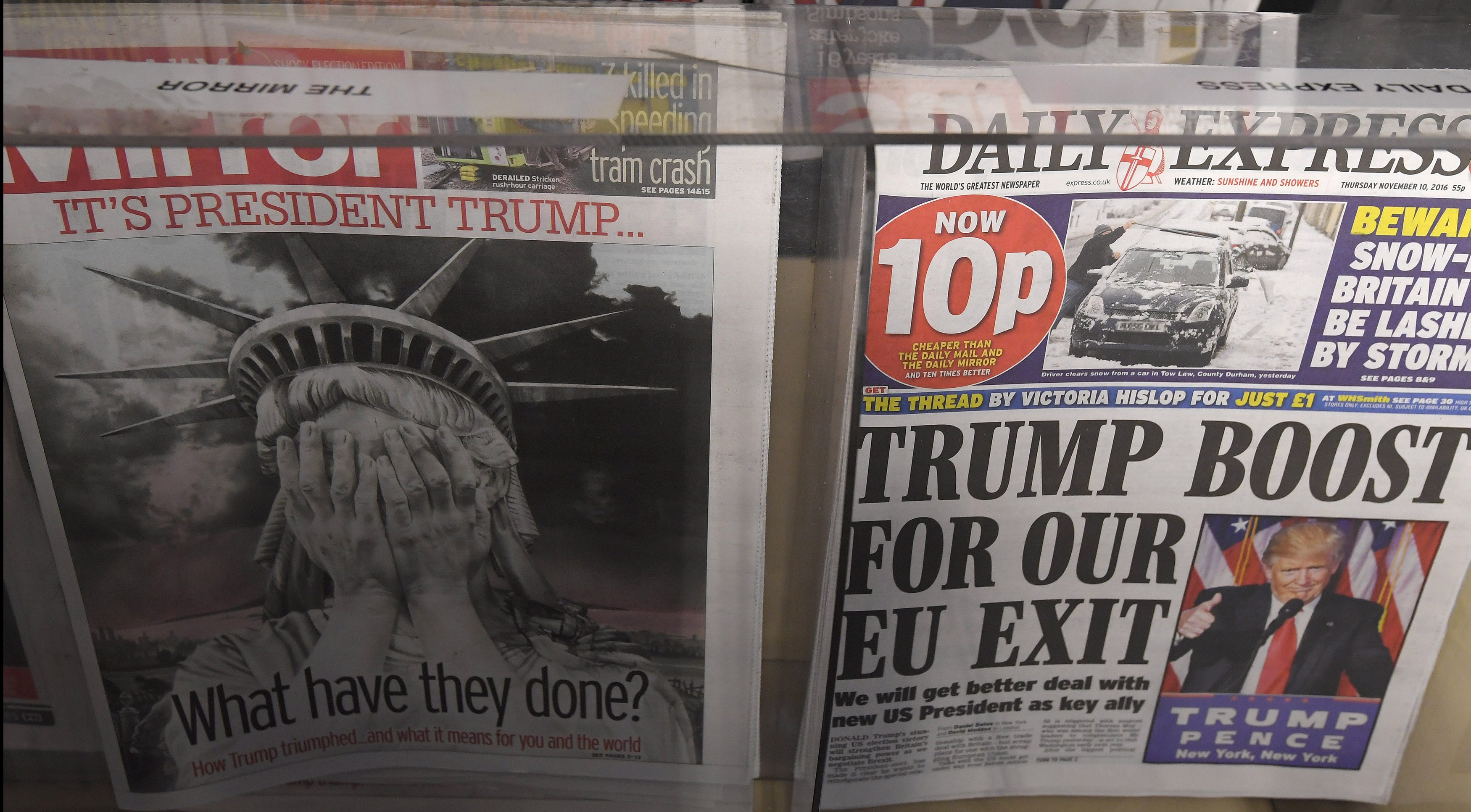 The publisher of the left-wing Daily Mirror may buy the anti-EU Daily Express. Trinity Mirror’s prior print purchases have boosted margins despite falling revenue, and a mooted 130 mln pound price is affordable. Pension liabilities, not politics, may be the main sticking point.

British newspapers are seen with their differing editorial reactions to the story of U.S. President-elect Donald Trump at a corner shop in London, Britain, November 10, 2016. REUTERS/Toby Melville - LR1ECBA0QGEUD

Trinity Mirror, publisher of the Daily Mirror newspaper, on Sept. 8 said it is in talks to buy the publishing assets of Richard Desmond’s Northern & Shell group.

The UK group said in January it was discussing taking a minority stake in a company that included Northern & Shell titles including the Daily Express and Daily Star tabloids and celebrity magazines OK! and Star.

The Guardian on Sept. 8 reported that the deal could be worth about 130 million pounds. Trinity Mirror’s market capitalisation was about 250 million pounds based on its Sept. 7 closing price.