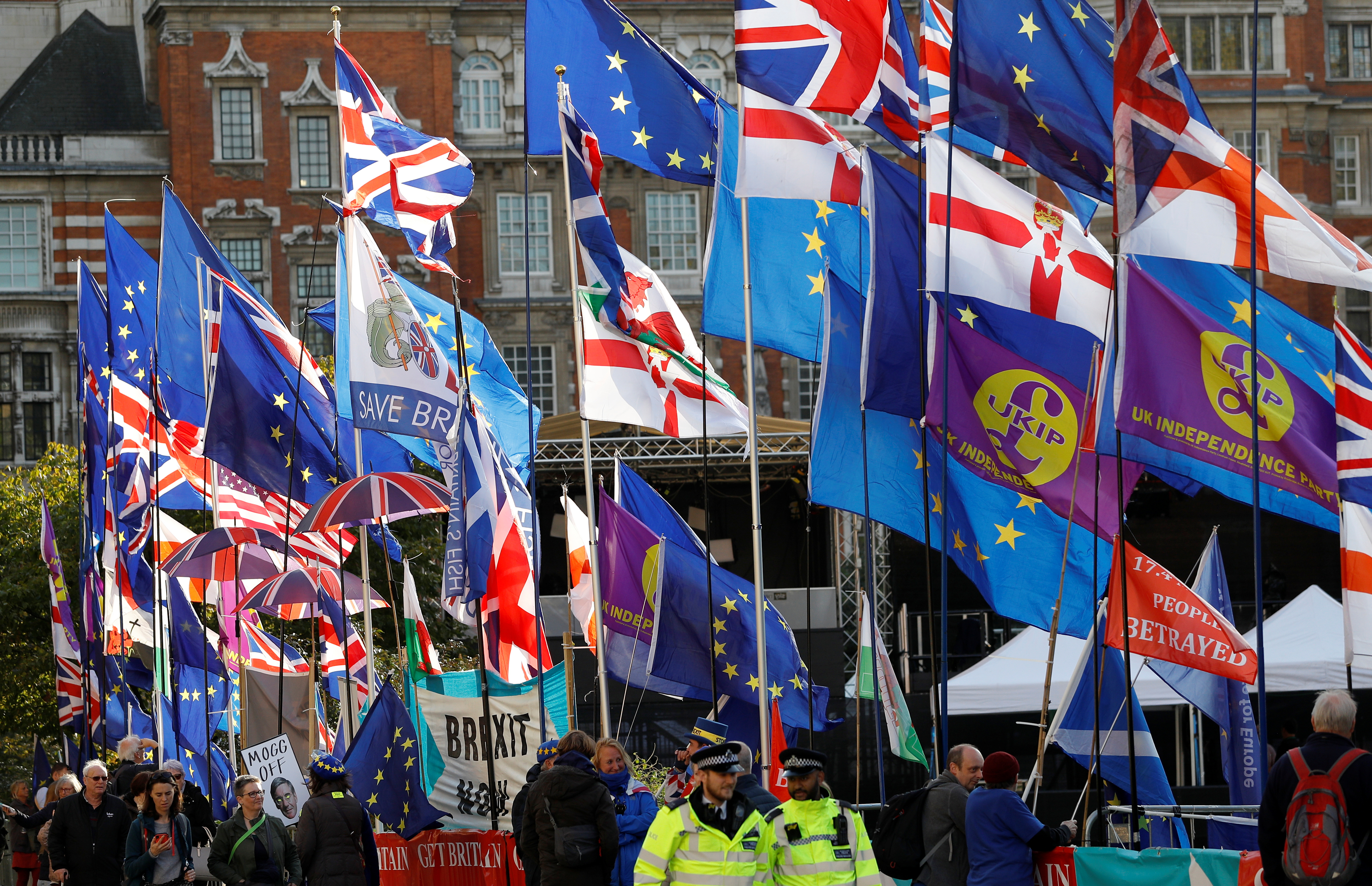 The December poll is a flawed second referendum on Britain leaving the European Union. Prime Minister Boris Johnson needs a majority to push through his deal; other parties have to set aside rivalries to stop him. As in 2017, divided voters could deliver an inconclusive result.

Demonstrators protest outside the Houses of Parliament in London, Britain October 22, 2019.

British Prime Minister Boris Johnson on Oct. 29 finally won parliamentary approval for an election that he hopes will break the deadlock over Brexit.

"It's time to unite the country and get Brexit done," Johnson told a meeting of Conservative lawmakers late on Oct. 29.

"A Labour government will be on your side, while Boris Johnson's Conservatives – who think they’re born to rule – will only look after the privileged few," Corbyn said.

Johnson’s Conservative party has been ahead of Labour by about 10 percentage points in polls carried out in October.