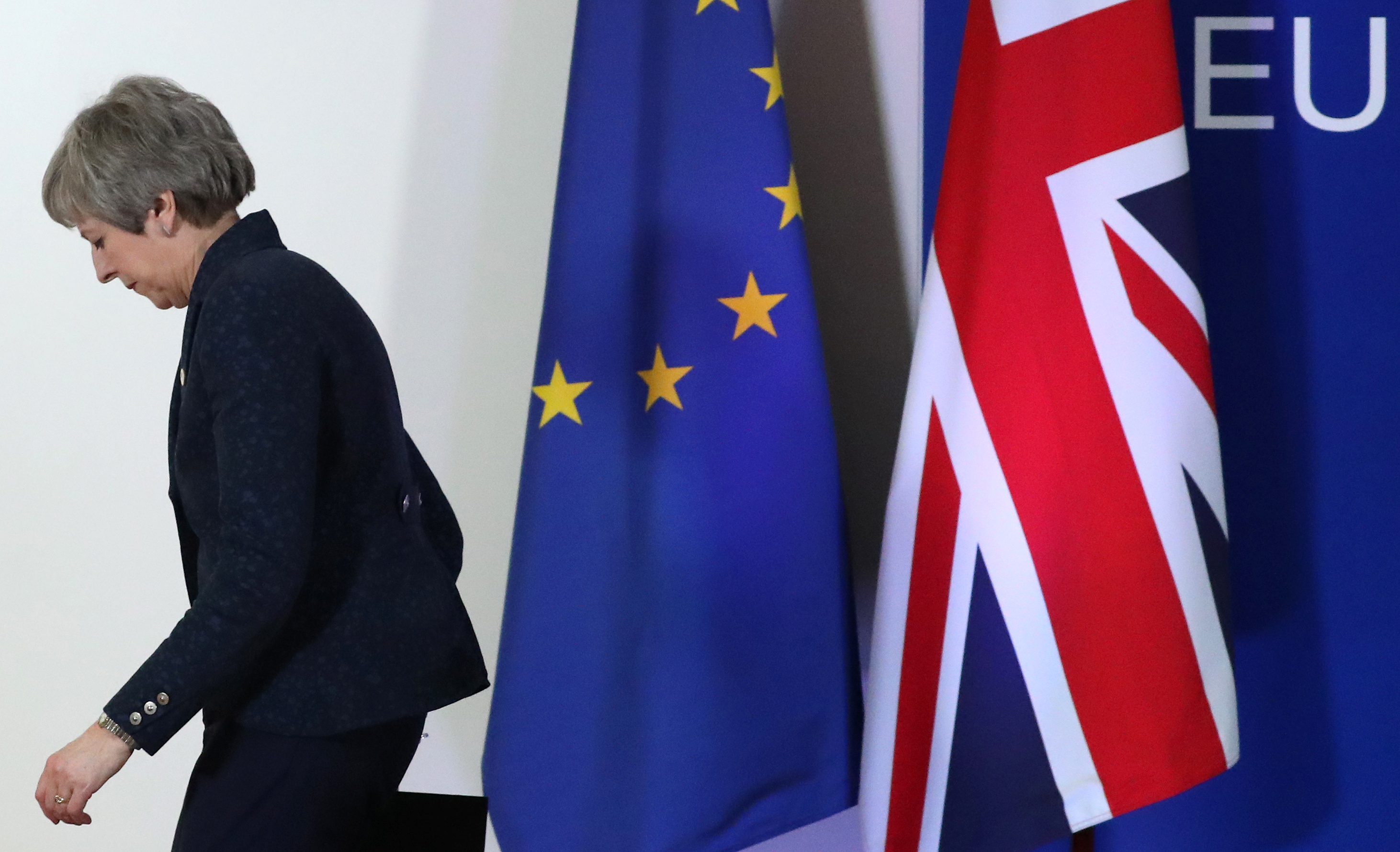 European Union leaders gave Theresa May two more weeks to agree a plan for leaving the bloc. But they also dangled the possibility of a longer delay. For all the shuffling of dates, Britain’s options remain basically the same as before, including the risk of a chaotic departure.

Britain's Prime Minister Theresa May leaves after a news briefing after meeting with EU leaders in Brussels, Belgium March 22, 2019.

European Union leaders on March 21 gave UK Prime Minister Theresa May a brief reprieve before Britain could lurch out of the EU. The 27 countries kept open options that give Britain an outside chance of staying in the EU for much longer.

The EU said Britain’s departure date would be extended from March 29 to May 22 if Britain’s parliament backed the withdrawal deal that May had agreed with Brussels. Failure to do so would mean the UK had until April 12 to approve an alternative plan, or apply for a longer extension that would require the country to participate in European Parliament elections, which will be held at the end of May.

Until April 12, said summit chair Donald Tusk, "all options will remain open and the cliff-edge date will be delayed".

"The UK government will still have a choice between a deal, no deal, a long extension or revoking Article 50 (the withdrawal notice)," he told a news conference.