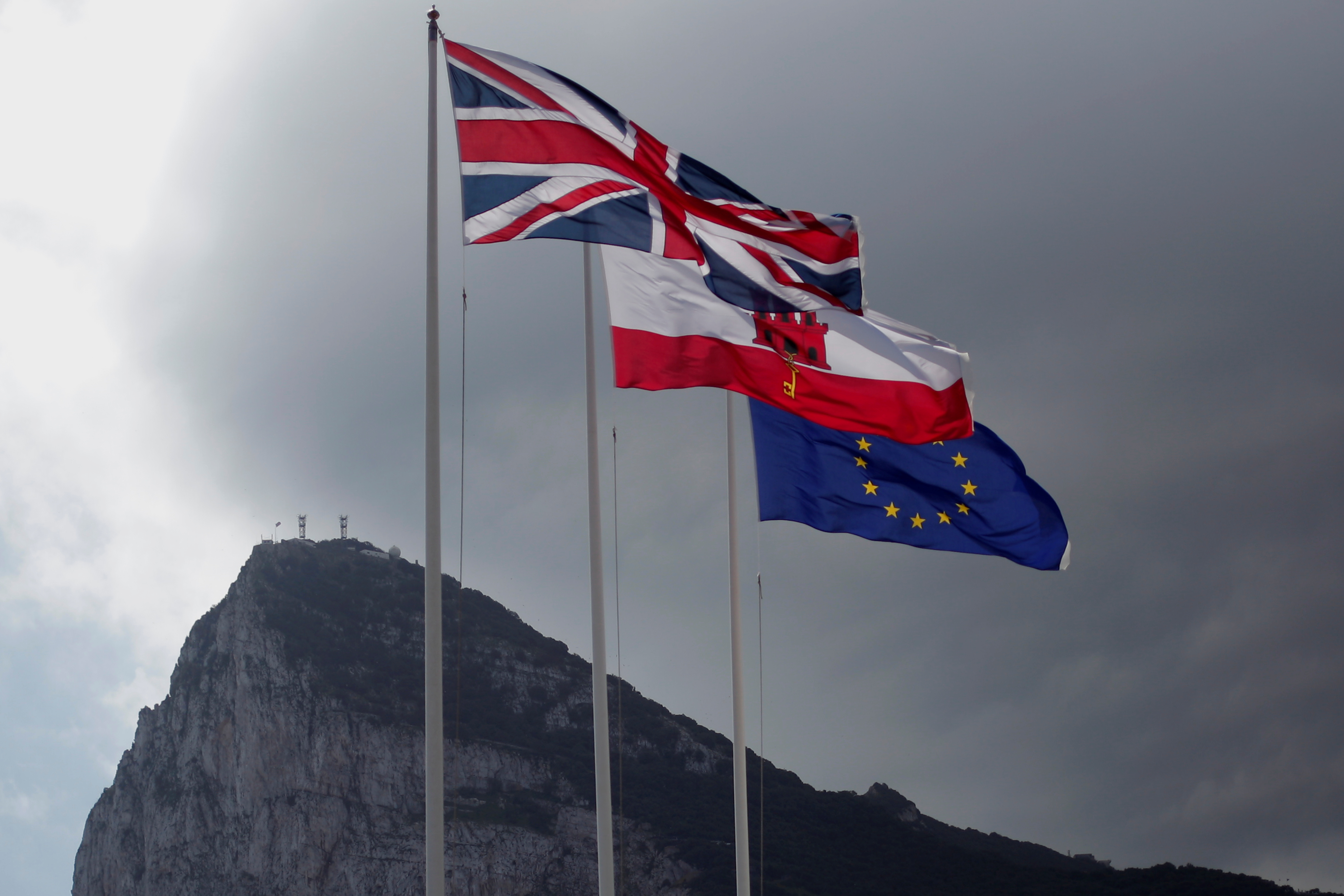 A phony battle over how Spain and Britain might treat tiny Gibraltar is a distraction, and a warning. If Britain’s exit from Europe becomes a mechanism for settling old scores, it could kill the constructive ambiguity on which the UK, the euro and the single market all depend.

The Union Jack (L), the Gibraltarian flag (C) and the European Union flag are seen flying, at the border of Gibraltar with Spain, in front of the Rock in the British overseas territory of Gibraltar, historically claimed by Spain April 3, 2017. REUTERS/Jon Nazca - RTX33U7V

Britain’s prime minister has played down suggestions by a former minister that, amid talks to leave the European Union, the country could go to war with Spain to defend the rocky outpost of Gibraltar. Questioned on the idea of sending a naval taskforce to protect the territory, a spokesman for Theresa May said: “that isn’t going to happen.”

Gibraltar has a population of 33,000, which voted overwhelmingly to stay in the European Union in the British referendum of June 23. It has special status within the EU, and is subject to the European treaties, but not part of the Schengen free travel agreement, nor the European customs union.

A draft positioning statement from the European Union said that any agreement between the EU and the United Kingdom would only apply to Gibraltar if Spain gave its assent. In response Fabian Picardo, the chief minister of Gibraltar, accused EU Council President Donald Tusk of behaving like a “cuckolded husband who is taking it out on the children”.

Michael Howard, a former leader of the UK’s ruling Conservative party, asserted on April 2 that Theresa May would be prepared to go to war to defend Gibraltar, as her predecessor Margaret Thatcher did with Argentina over the Falkland Islands in 1982.