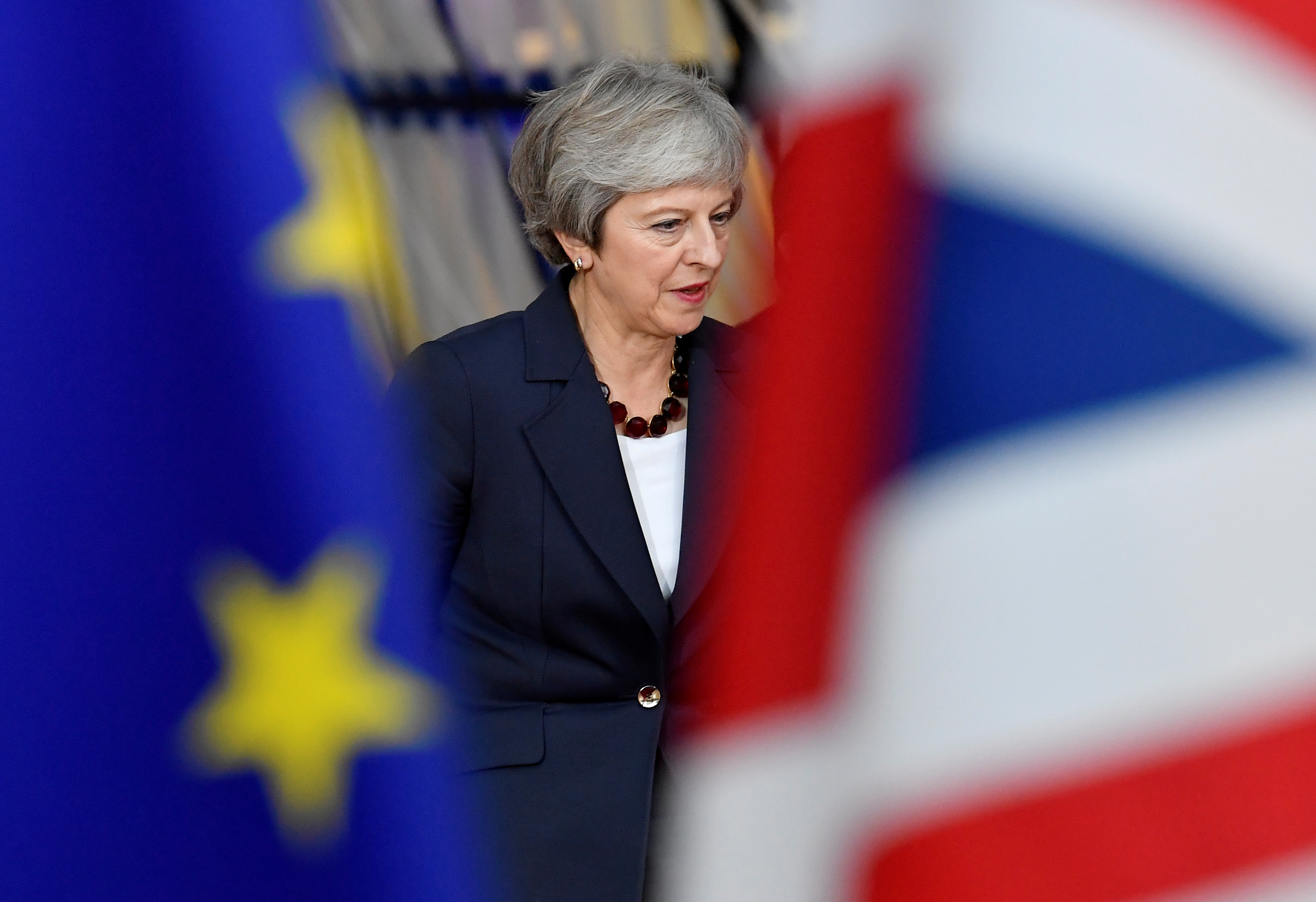 With five months to go, Prime Minister Theresa May still can’t come up with a plan that satisfies the European Union and hard-line parliamentarians. To avoid a chaotic Brexit, at least one side must cave. That won’t happen until the disastrous alternative gets even closer.

Prime Minister Theresa May on Oct. 18 signalled she would consider extending a so-called transition period “for a matter of months” after Britain leaves the European Union.

With less than six months before Britain is due to quit the EU, talks have stalled over how to deal with the border between Northern Ireland and Ireland.

At an EU summit in Brussels on Oct. 17, several leaders and diplomats said May had offered nothing new to strike the kind of breakthrough needed to move forward.

EU negotiators are insisting that Britain commit to keep Northern Ireland in the EU’s single market and customs union - thereby avoiding a hard border with Ireland - if no other agreement can be reached. Negotiations about a broader trade agreement would only begin in earnest after Britain formally leaves the bloc in March 2019. These talks would take place during an “implementation period” which is due to end in December 2020.

“A further idea that has emerged, and it is an idea at this stage, is to create an option to extend the implementation period for a matter of months, and it would only be a matter of months,” May told reporters on the second day of the summit.