Fifty shades of May 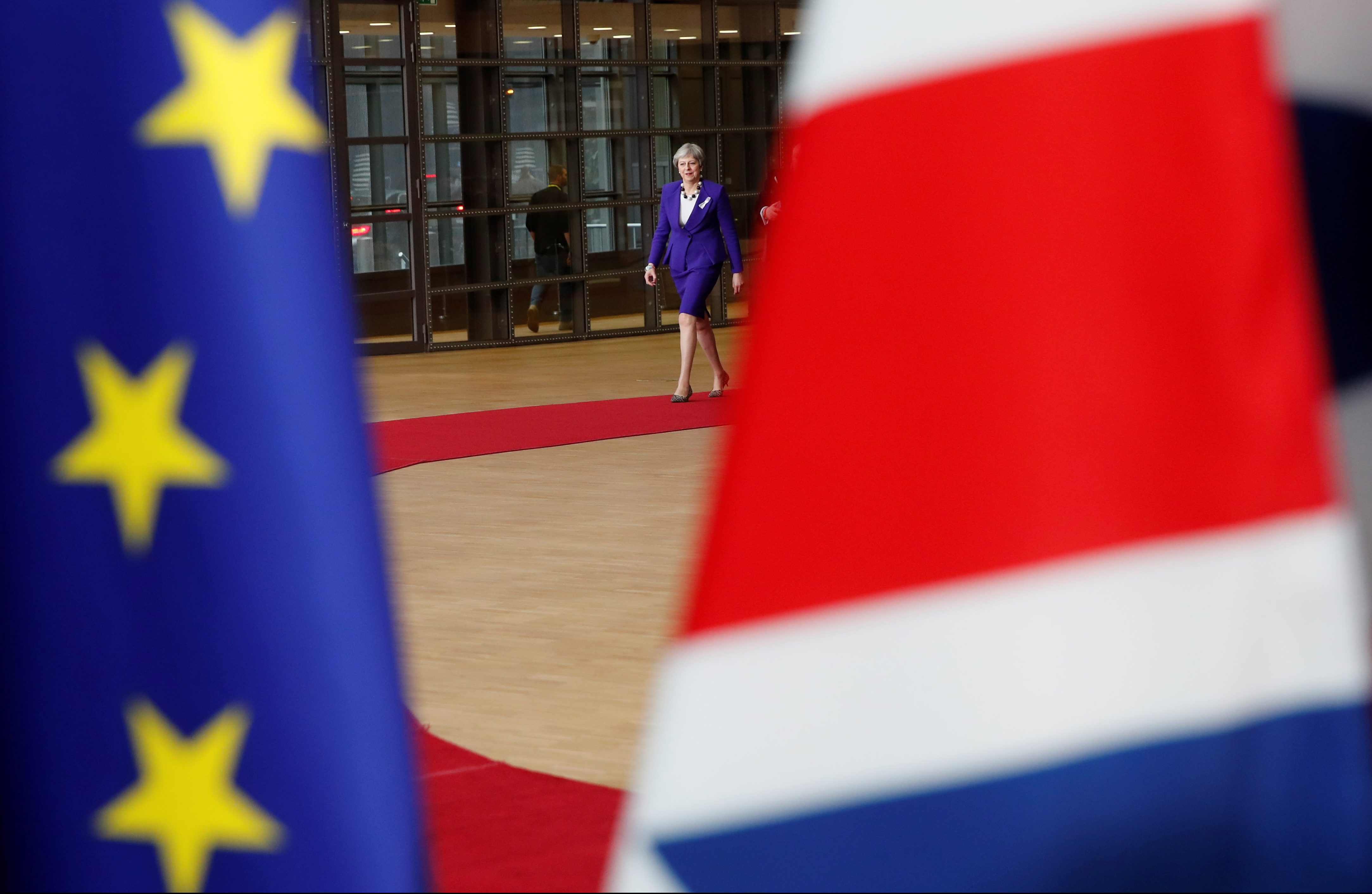 Theresa May’s exit plan involves the UK sticking to EU goods rules in return for symbolic but uncertain benefits on immigration and trade. Even if Brussels accepts the convoluted customs arrangement, Britain’s parliament may not. A dangerous standoff looms later this year.

Britain's Prime Minister Theresa May walks past the European Union flag and the Union Jack as she arrives for an EU leaders summit in Brussels, Belgium, March 22, 2018. REUTERS/Wolfgang Rattay - RC1545EFC520

British Prime Minister Theresa May on July 12 published her blueprint for relations with the European Union after the UK leaves the bloc, putting at its core a plan for a free trade agreement in goods that has angered many in her party.

The government’s long-awaited policy document outlined its plans to retain the closest possible ties with the bloc, including participation in its agencies for chemicals, aviation and medicines, and a common “rule book” for trade in goods.

May said the proposal was “delivering on the vote of the British people to take back control of our money, our laws and our borders”.

The EU’s chief negotiator, Michel Barnier, said he would analyse the paper with member states and the European Parliament, and repeated the bloc’s offer for an ambitious free trade agreement with “effective cooperation” on issues.