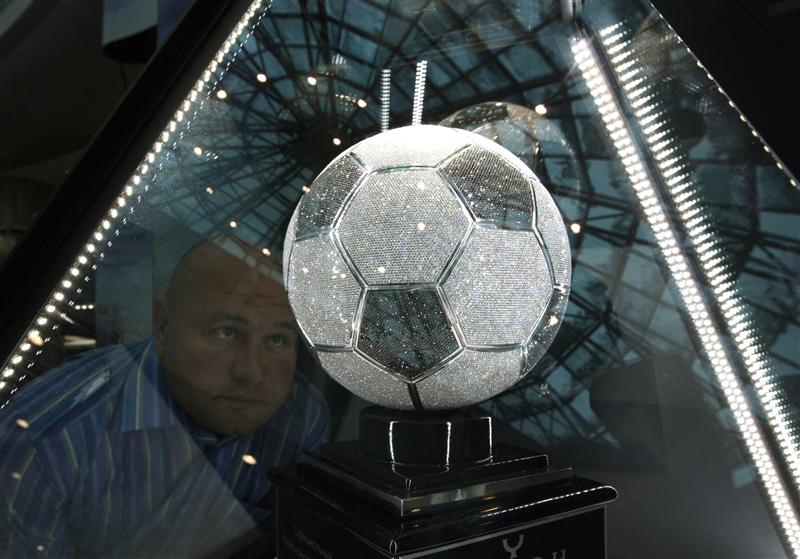 Global wealth is shifting south and east and the world’s best soccer players appear to be following. Nicolas Anelka is on his way from Chelsea, the top-flight London club, to Shanghai. Samuel Eto’o, meanwhile, is heading to the Russian North Caucasus region, having starred for Internazionale of Milan and a Barcelona side which is one of the finest to grace the stadiums of western Europe.

Is this another sign of Old World decline? To a degree, yes. The BRICs are coming. But the shift in economic power is yet to rob Europe of its champion-league status. Anelka is a very good player and Eto’o, a swift Cameroonian who has been African player of the year four times, is one of the sport’s modern greats. His Italian owners sold him – in a worrying echo of wider financial issues – to help salve deficit problems. But the telling point here is that both Anelka and Eto’o are over 30 years old. In that context Eto’o’s rumoured 20 million euro per year new wage is extremely generous. It makes him one of the world’s highest paid players.

But young stars still prefer the most competitive leagues: Spain, England, Italy, Germany and France – probably in that order. And until emerging nations host leagues that are the envy of the world, money is only likely to buy stars whose abilities are on the wane, or soon will be waning.

Europe has the heritage, the money (still), and the nightlife to attract the best young talent. Among the BRICs Brazil is a notable resource-rich supplier. In the 2010 to 2011 season, Brazil had 123 players in Europe’s top five leagues. Argentina supplied 106 players – and Uruguay 37. Exports of home-grown players generate important revenues for Latin American teams.

That flow might reverse if Brazil and Argentina were to get richer and more BRIC billionaires were to create not just domestic super teams but super leagues that rival Europe’s best. When the best soccer in the world is played in Shanghai and Sao Paulo – then the global economic order will really have changed. For now, Europe’s football supporters can slump easily on their couches.

Anzhi Makhachkala, a soccer club located in the capital of the war-torn north Caucasus region of Dagestan, signed Samuel Eto’o, a Cameroonian forward, from Internazionale of Milan in August, offering him an annual salary reported to be in the region of 20 million euros, making him the world’s highest paid player. The transfer fee was reported to be about 25 million euros.
Nicolas Anelka is leaving Chelsea to join Shanghai Shenhua of China. His salary has been reported to be in the region of 200,000 pounds per week.