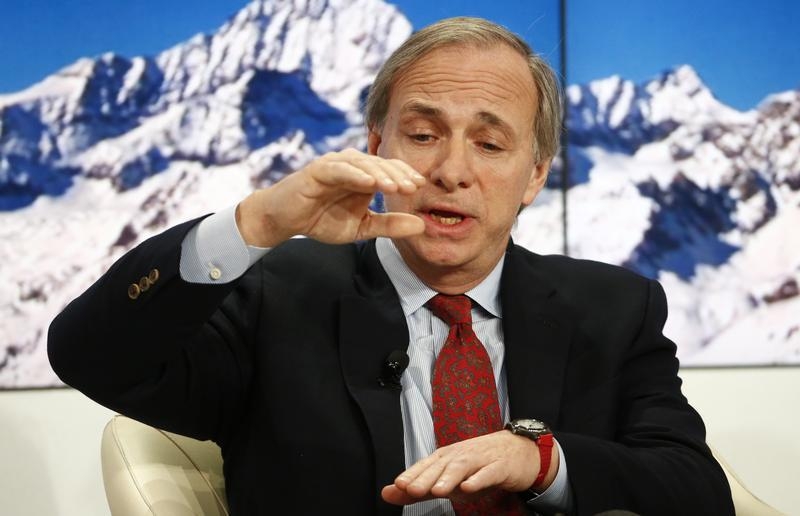 The “radical transparency” at Bridgewater Associates doesn’t typically include internal disputes spilling out into the open. A leadership spat between founder Ray Dalio and a top lieutenant at the $154 billion hedge fund firm, however, has prompted both men to speak publicly. It may exacerbate “key man” concerns for investors at a shop that’s so idiosyncratic.

The odd culture inculcated by Dalio has brought 25 years or so of 13 percent returns after fees, according to the Wall Street Journal. The $45 billion of net gains since 1975 in Bridgewater’s Pure Alpha fund are the most ever achieved in the industry, LCH Investments estimates.

Dalio runs the firm according to a 123-page set of “principles” he authored. Among them is that any criticism should be made to someone’s face, not behind his or her back, and worked out rationally to arrive at “radical truth.” Greg Jensen, co-chief executive and co-chief investment officer, may have neglected to challenge Dalio directly about whether the founder was in fact following the succession plan he laid out five years ago, according to news reports.

In a rare step, both men went public to downplay the stories. Dalio said outsiders would find it difficult to understand Bridgewater’s culture. Jensen called this and past disagreements “healthy.”

Succession is essential for hedge fund investors, especially in cases where a founder looms large. They’ll expect that 66-year-old Dalio should be gradually handing over control, and it makes sense that it would be to a two-decade veteran of the firm like Jensen, 42. Installing a newcomer at the top is hard at any firm, but would be almost impossible at a quirky place like Bridgewater.

The two men’s statements suggest they can work out their differences. Assuming there was a meaningful disagreement, that would actually be a success for Bridgewater. It’s better to resolve conflict and retain the talent and institutional memory of someone like Jensen than to conduct a power struggle through the press. Pimco’s cringe-inducing dispute ahead of the departure of founder Bill Gross is a case in point.

Perhaps tellingly, the Bridgewater controversy is emerging after uncommonly so-so performance. Though Pure Alpha was up last year, the firm’s almost equally large All Weather fund was down 7 percent. No culture is immune to the frustrations of losing money.

Founder Ray Dalio’s handpicked heir at Bridgewater Associates is to step back from his current role as co-chief executive, after disagreements at the top of the world’s biggest hedge fund, the Financial Times reported on Feb. 7.

Greg Jensen, who is also the $154 billion hedge fund fund’s co-chief investment officer, is to focus more on this role, five years after being identified as a potential successor to Dalio, the FT said.

Dalio told Reuters on Feb. 5 that a Wall Street Journal story that revealed the dispute between the two men was overblown, calling the article “a sensationalistic mischaracterization of what is going on.”