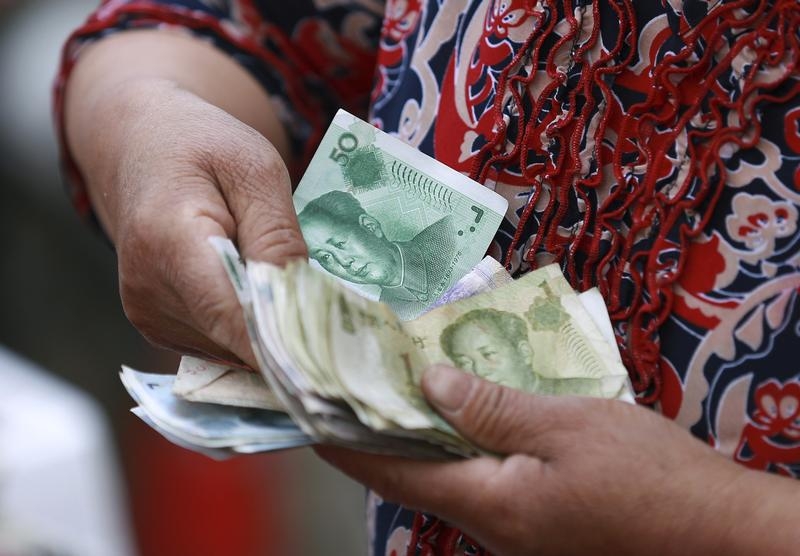 The IMF is likely to recognise China’s global clout with a place in its pseudo-currency. The UK, which is courting the rising power, no longer merits a place in the SDR basket. It could offer its place to Beijing. Currency obscurity would be a fair price for enduring gratitude.

A vegetable vendor holds a stack of Chinese yuan banknotes at a morning market in Shenyang, Liaoning province.

Finance ministers and central bankers from the Group of Seven countries were set to meet in Dresden on May 27. On their agenda could be the inclusion of the yuan in the International Monetary Fund’s pseudo-currency, according to Germany’s finance minister, Wolfgang Schaeuble.

IMF officials said on May 25 that they considered the yuan to be no longer undervalued, but urged China to quicken market reforms. Speaking after completing an annual consultation with the country’s officials, the IMF advised that China had a “still-too-strong” trade surplus.

The IMF’s Special Drawing Right draws on a basket of currencies: the dollar, sterling, euro and yen. Holders can use their rights to access any of the member currencies. The IMF’s board will vote on the composition of the SDR in October.