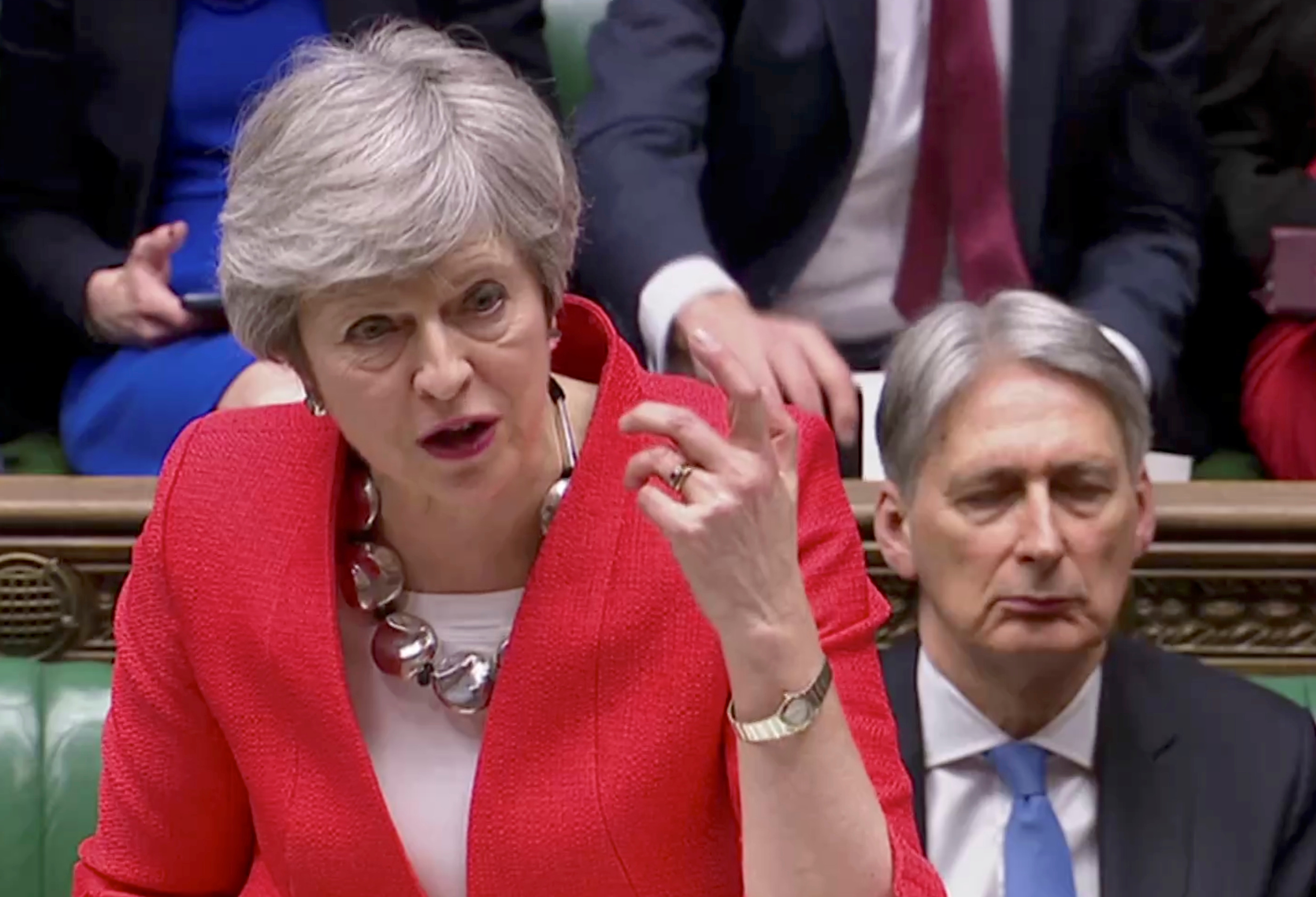 After rejecting Theresa May’s deal to leave the European Union for a second time, Britain’s parliament faces difficult choices. Assuming lawmakers also reject leaving without a deal, extending the UK’s membership looks unavoidable. But that will only delay a final decision.

Britain's Prime Minister Theresa May speaks in Parliament in London, Britain, March 12, 2019, in this screen grab taken from video.

Lawmakers voted against May’s Brexit deal on March 12 by 391 to 242, despite her last-minute talks with EU chiefs the previous day to amend the terms. The margin of 149 votes was lower than the record of 230 by which May’s deal was rejected in January.

May said the government would bring forward a vote on March 13 on whether to leave the EU without a deal on March 29. Conservative lawmakers would be given the freedom to vote whichever way they liked on that deal.

If parliament rejects the so-called no-deal option, it will then have a chance to vote on March 14 to seek to extend the Article 50 process, which governs the departure of EU members.