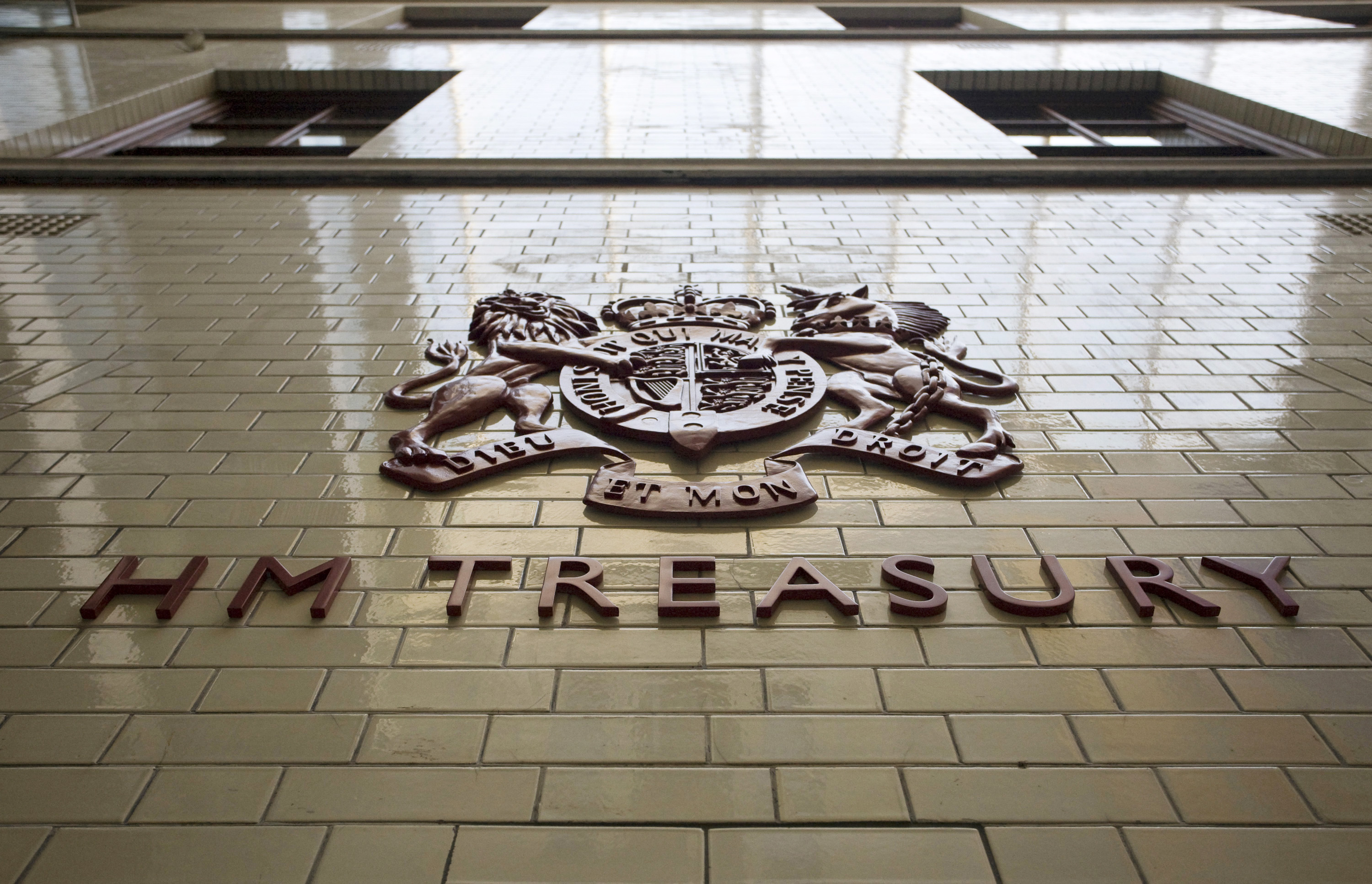 Selling 11.8 billion pounds of former Bradford & Bingley mortgages to Blackstone and Prudential will cut the UK’s national debt without leaving a loss. The buyers are showing confidence in the UK economy. The seller is shoring itself up in case such confidence proves misplaced.

A shield of arms adorns a wall inside the Treasury in central London, October 20, 2010. Britain said on Wednesday it would cut half a million public sector jobs, raise the retirement age and slash the welfare state as part of the biggest spending cuts in a generation. After months of bitter negotiations, Conservative finance minister George Osborne confirmed he would press ahead with almost all the spending cuts he had outlined in a June budget. REUTERS/Chris Ratcliffe/Pool (BRITAIN - Tags: POLITICS BUSINESS EMPLOYMENT) - RTXTMYZ

Britain’s government sold a package of loans made by bailed-out lender Bradford & Bingley for 11.8 billion pounds. The loans, managed by the UK Asset Resolution company, were bought by private equity group Blackstone and UK insurer Prudential.

Bradford & Bingley was taken into state ownership in 2008. Its deposits were moved to rival lender Santander, and replaced by 15.7 billion pounds of loans that ultimately came from the UK Treasury. UKAR was set up in 2010 to manage the loans on behalf of taxpayers.

The portfolio of loans sold represents around half of what is left of Bradford & Bingley’s assets, and is made up of buy-to-let mortgages.

The loans were sold at around 97 percent of their book value, according to a person familiar with the situation. They will continue to be serviced by Computershare Mortgage Services.