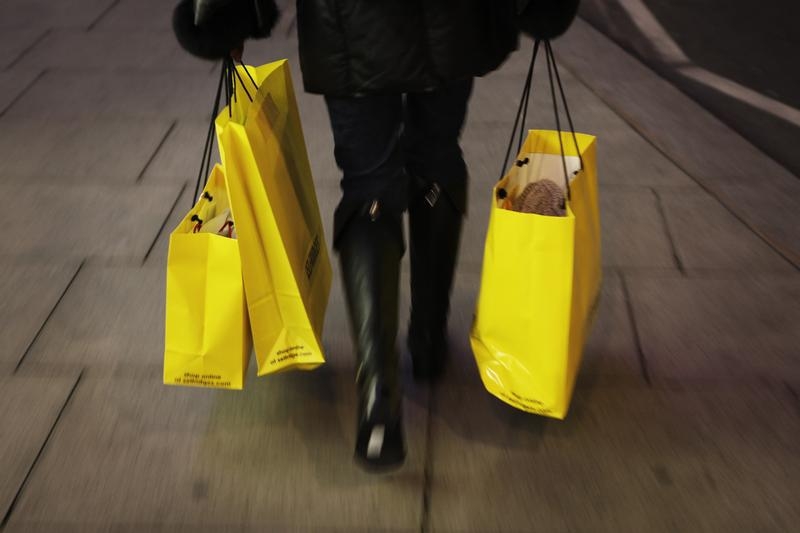 Seen from the perspective of a retailer, Black Friday is a chance to erode profit margins in the hunt for transitory market share. The benefits are fleeting. Tesco, the UK’s dominant supermarket group, scored its highest day of sales on record during Black Friday of 2014, but like-for-like sales for the six-week Christmas period fell 0.3 percent, year-on-year. Non-fuel sales for UK retailers in November tend to be around 10 percent higher than those in October – but that has been the case since 2000, according to Office for National Statistics data.

For consumers, the idea is equally pointless. Some will purchase cut-price goods that would have been reduced a few weeks later for Christmas anyway. Others buy things that they neither want nor need. The latter is troubling for a country where unsecured consumer credit is expanding at 8.2 percent a year – nine times faster than overall retail sales as tracked by the British Retail Consortium.

If both sides thought clearly about temporary low prices, things would be different. Retailers would focus on their margins, which are under pressure, rather than nebulous market share gains. Asda, an early supporter of Black Friday, says it no longer takes part in the one-day event.

As for consumers, they might well exploit retailers’ lack of pricing power and push for every day to be like Friday. The rise of discount retailers Aldi and Lidl, whose share of grocery shopping has grown by 1.5 percentage points in a year, according to Kantar Worldpanel, suggests they already are. Some general retailers like Argos now offer a series of cut-price days rather than just one. After all, what’s possible on one day might come to be expected on 10, or 365. Retailers may want to put Black Friday back on the shelf before that mentality takes hold.

British retailers slashed prices on Nov. 27 as part of the “Black Friday” shopping festival, a cut-price retail initiative imported from the United States. Black Friday sees U.S. shoppers take to the streets the day after Thanksgiving, and was first introduced to the UK in 2010 by online retailer Amazon.

British consumer morale has slipped to its lowest level in six months and growth among services companies cooled, according to two surveys that suggested a further moderation of economic growth.

Market research firm GfK said its monthly consumer sentiment indicator dipped to +1 in November from +2 in October, bucking economists’ forecasts for it to hold steady. Optimism about the economy over the next 12 months dipped to its lowest level since July 2013.

A separate report from the Confederation of British Industry showed growth of business volumes in the services sector - which makes up more than three-quarters of Britain’s private sector economy - eased in the three months to November.

British house price growth slowed this month, according to a survey published on Nov. 27. Mortgage lender Nationwide said house prices rose by a less-than-expected 0.1 percent in monthly terms in November compared with a 0.5 percent increase in October.