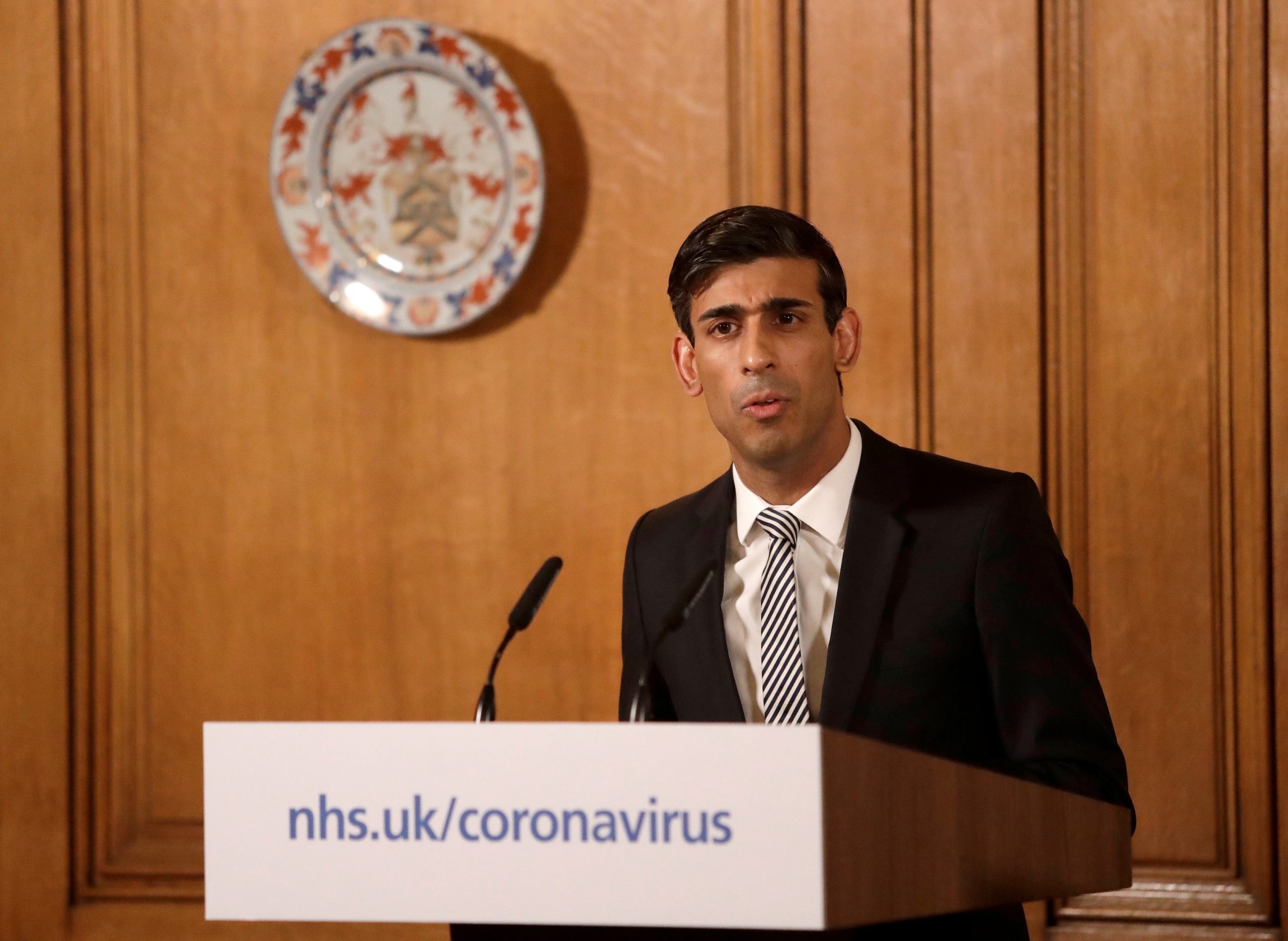 Finance minister Rishi Sunak promised 350 bln pounds in loan guarantees and support for stricken businesses. Though details are slim, the package worth 17% of GDP is suitably large. The next step is to get cash directly to those who need it most. Until then, fear will dominate.

Britain's Chancellor of the Exchequer Rishi Sunak speaks during a news conference on the ongoing situation with the coronavirus disease (COVID-19) in London, Britain March 17, 2020.

Britain said on March 18 it would launch a 330 billion pound lifeline of loan guarantees and provide a further 20 billion pounds in tax cuts, grants and other help for businesses facing the risk of collapse from the spread of coronavirus.

Chancellor of the Exchequer Rishi Sunak again pledged to do “whatever it takes” to help retailers, bars and airports and other firms, many of which are reeling from a near-shutdown of business.

“This is not a time for ideology and orthodoxy,” Sunak said on March 17, speaking alongside Prime Minister Boris Johnson. “This is a time to be bold, a time for courage.”

Britain, criticised by some scientists for moving too slowly to check the spread of the virus, ramped up its response on March 16 when it told people to avoid pubs, clubs, restaurants, cinemas and theatres.