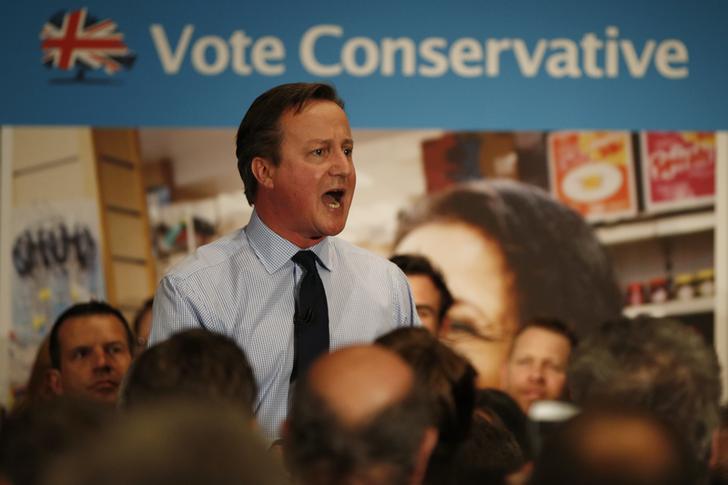 The big parties’ electoral manifestos all contain ill-advised pledges that look dubiously costed. Given they aim to cut the deficit more, the Conservatives’ silence on how to do so is more striking. Promising to freeze taxes in the next parliament is the silliest ruse yet.

Britiain's Prime Minister David Cameron, gives a speech during an election campaign visit to the Institute of Chartered Accountants in London, England, on April 27, 2015

A Conservative government would introduce a law within its first 100 days to guarantee no increases in income tax, value added tax or national insurance during the lifetime of the next UK parliament, Reuters reported on April 29.

UK election manifestos contain a “lack of any attempt to paint a coherent strategy for tax reform, a shared desire to impose further, often absurd, complications to the tax system, and a shared lack of willingness to set out specific benefit measures which chime with the parties’ rhetoric,” the non-partisan Institute for Fiscal Studies said on April 28.