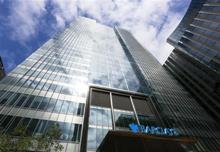 The UK’s hike in its bank levy shows a lack of joined-up thinking. The coalition really wants the country’s biggest banks to support the UK’s misfiring economy by lending more. Its latest tax grab incentivises them to lend less.

Instead of paying a 0.105 percent rate on their liabilities as of Jan. 1, banks will now pay 0.13 percent. The stated reason is that as UK banks deleverage the tax take will fall, not helpful when the government wants to help its deficit reduction strategy by raising at least 2.5 billion pounds through the charge every year. But there are two problems with this way of thinking.

The first is that elsewhere in government the banks are being implored to lend. The Bank of England’s “Funding for Lending” scheme gives banks cheap funding if they increase their net lending, or at least hold it steady. The bank levy, originally a clever way to encourage banks to reduce their risky short-term funding, incentivises them to shrink.

Clearly any suggestion of giving banks an easy ride is a tough sell, and the UK did cut corporation tax on Dec. 5. But persisting with a policy that means banks like Royal Bank of Scotland and Lloyds Banking Group find it harder to make profits, and thus want to grow their balance sheets, is wrong-headed. And going harder than is strictly necessary just to stick to a target no one really cares about anyway is just silly.