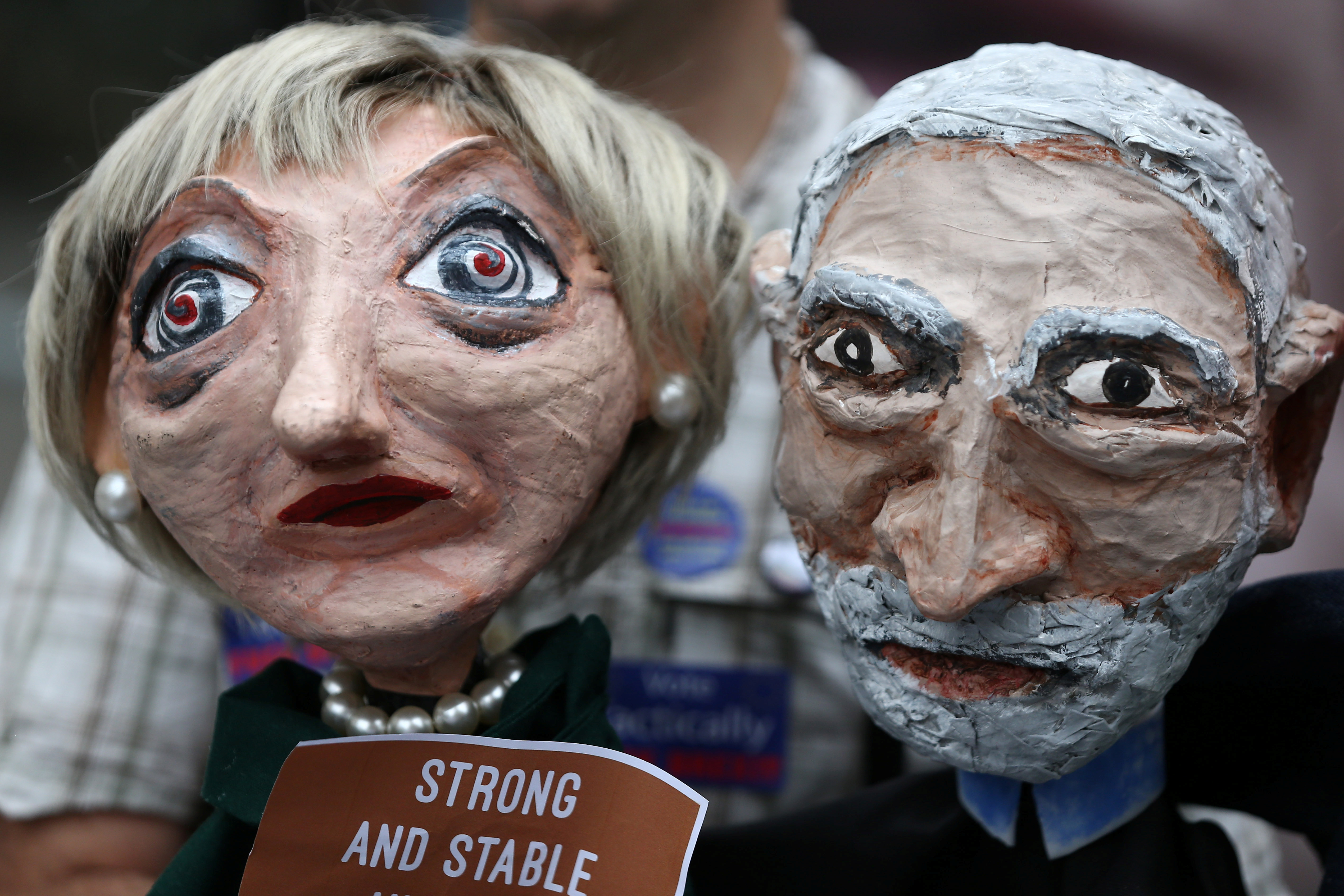 If the Labour party wins on June 8, companies face higher taxes and wage bills. If the ruling Conservatives retain power, expect more meddling and talent shortages. On balance, companies may prefer the incumbents – if only because they are less likely to carry out their promises.

Puppets of Conservative Party leader Theresa May and Labour Party leader Jeremy Corbyn are seen during a protest against the BBC's broadcast restrictions on the Captain Ska song "Liar Liar" outside Broadcasting House in London, Britain June 2, 2017. REUTERS/Neil Hall - RTX38QO2

Britain is due to hold a general election on June 8.

British Prime Minister Theresa May was on course to increase her parliamentary majority, according to an opinion poll published by Opinium on June 6, shortly after another survey suggested the race with the opposition Labour party was neck and neck.

The new poll was the first by a major firm that was conducted in its entirety after a deadly attack in London by Islamist militants on June 3. The fieldwork ran from June 4-6.