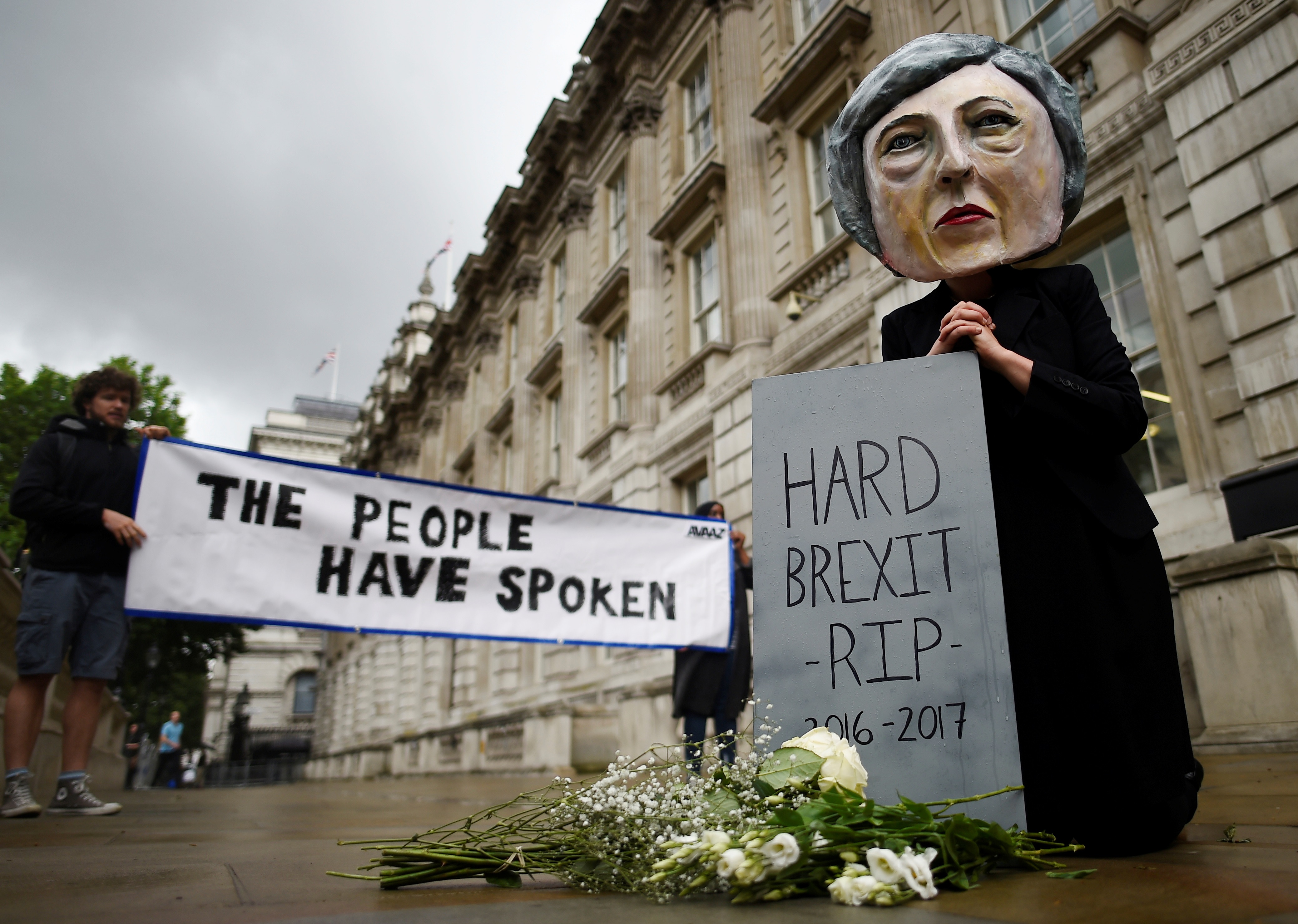 The Conservative party’s loss of a majority weakens its hand in talks with the EU. Bringing Jeremy Corbyn’s Labour into talks could strengthen it, and cut the chance of a chaotic exit. The opposition may prefer to see its rivals implode, but Corbyn would get blamed for the mess.

Protestor wearing a Theresa May mask is seen the day after Britain's election in London, Britain June 9, 2017. REUTERS/Clodagh Kilcoyne - RTX39SJD

The UK Conservative party failed to win a majority of seats in parliamentary elections on June 8.

Ruth Davidson, the Conservative leader in Scotland, suggested allowing other political parties to play a greater role in talks with the European Union.

“I think what’s really clear is that the Conservative party, having failed to win a majority, now needs to work with others,” Davidson told the BBC on June 10.

Labour’s Shadow Secretary for Trade Barry Gardiner refused to back the idea of a cross party talk in an interview on BBC’s Today programme on June 12.

The UK is scheduled to being negotiations with the European Union on the terms of its exit on June 19.