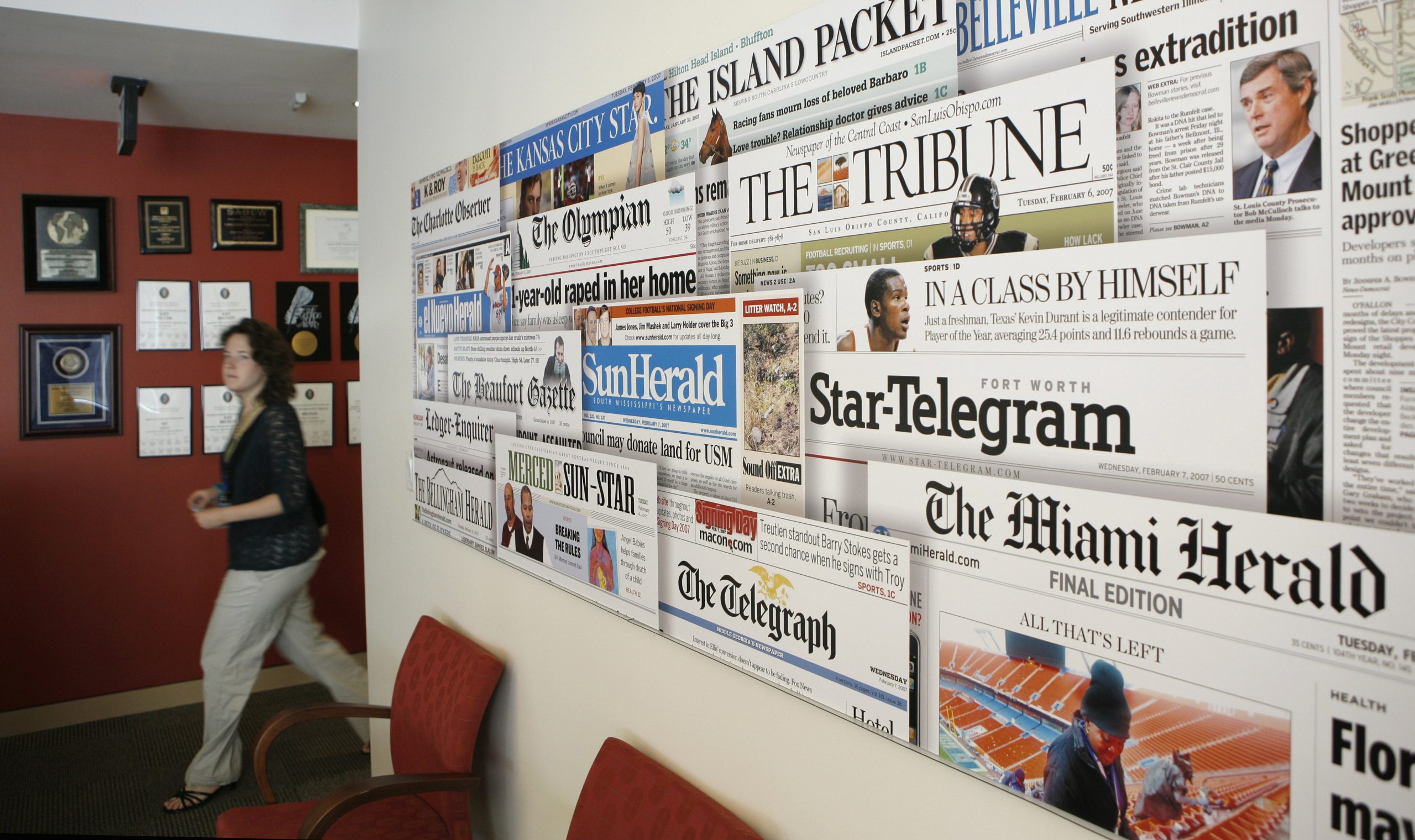 A hedge fund that owns down-market magazines may take control of bankrupt 163-year-old U.S. newspaper group McClatchy. The ignoble end comes days after Warren Buffett ditched his support for local papers. Investors in local news can pursue lofty principle or profit, but not both.

McClatchy said on Feb. 13 that it had filed for Chapter 11 bankruptcy protection in the Southern District of New York. The company’s proposed restructuring would leave majority ownership in the hands of shareholder and lender Chatham Asset Management.

Charlie Munger, vice chairman of Berkshire Hathaway and long-time business partner of Warren Buffett, said on Feb. 12 that daily newspapers “are all going to die,” according to Reuters. Munger was speaking at the annual meeting of Daily Journal, the Los Angeles newspaper publishing company he chairs.