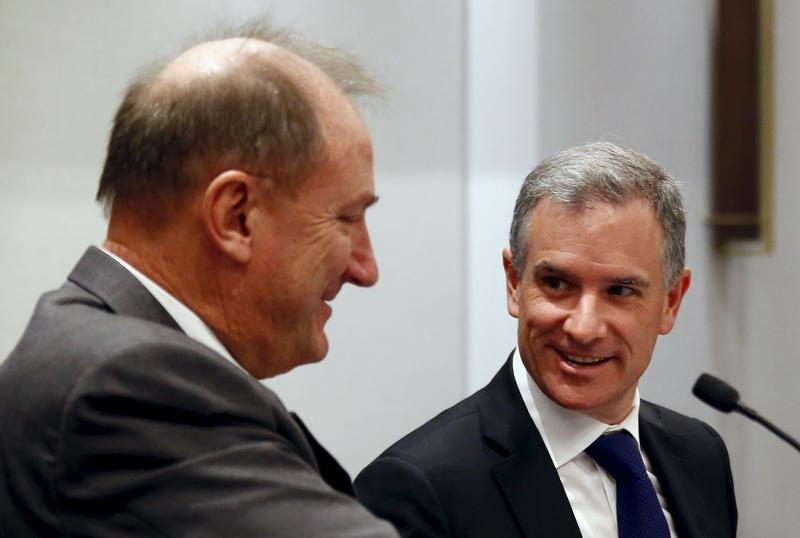 Brookfield must work hard to clear a blockade in Australia. Gatecrashers have just upset an A$8.9 billion ($6.3 billion) deal by Brookfield Infrastructure Partners, a U.S.-listed arm of the big Canadian investor, to buy port and rail group Asciano. With local rival Qube and deep-pocketed partners seizing almost 20 percent of its target, Brookfield cannot sweeten its way out of trouble. But some mix of asset sales and co-investments might just work.

Qube’s move is bold given its market value of just $1.7 billion. It’s also opportunistic, since competition concerns had sunk Asciano’s shares 17 percent below Brookfield’s bid of A$9.15 per share. At a reported A$8.80 per share, Qube’s swoop appealed to investors eager to lock in most of the benefits of a still-uncertain takeover.

The interloper covets Asciano’s container terminal business and parts of its smaller Bulk and Automotive Port Services unit – recently valued at about A$2.4 billion and A$950 million, respectively, by an independent expert. Bigger allies Global Infrastructure Partners and Canada Pension Plan Investment Board, who took 13.7 percentage points of the 19.99 percent swept up in the raid, hanker after the target’s A$9 billion Pacific National rail business.

Brookfield will now find it almost impossible to secure approval from the 75 percent of shareholders it needs to proceed with its bid. As Qube sees real benefits to combining with Asciano’s container terminals businesses, it presumably will not be swayed by Brookfield offering to pay more than its current offer of A$9.15 per share.

But Qube is willing to talk about a carve-up. It also says GIP and CPPIB want to “participate in the ultimate ownership” of Pacific National. That sounds like the duo could be amenable to investing alongside Brookfield, given the right terms.

The best outcome for Asciano shareholders would be a full takeout at a higher price, from whatever combination of acquirers. With the shares at A$8.20, investors appear torn between a standalone value of A$7 or less, or a takeout price that could top A$9.15. Another possibility is that Qube and its partners nix the current offer but hold onto their blocking stake. Brookfield has some work to do if it wants to salvage a deal.

In a statement on Oct. 30, Qube said it had bought the stake in partnership with Global Infrastructure Partners and Canada Pension Plan Investment Board, both major infrastructure investors.

Qube, which has acquired a 6.3 percent stake via a total return swap, wants to buy Asciano’s Patrick Containers Terminal business, while GIP and CPPIB are interested in the Pacific National rail business. Qube said it could talk to Brookfield or Asciano about an alternative deal that could carve up the target’s assets, or alternatively hold a “strategic stake” in Asciano for some time, perhaps seeking a board seat.

In August Brookfield agreed to buy Asciano for A$8.9 billion ($6.3 billion), or A$12 billion including debt. The cash-and-shares deal, which improved on an initial proposal in July, values Asciano at A$9.15 a share, or A$9.54 including a special dividend.