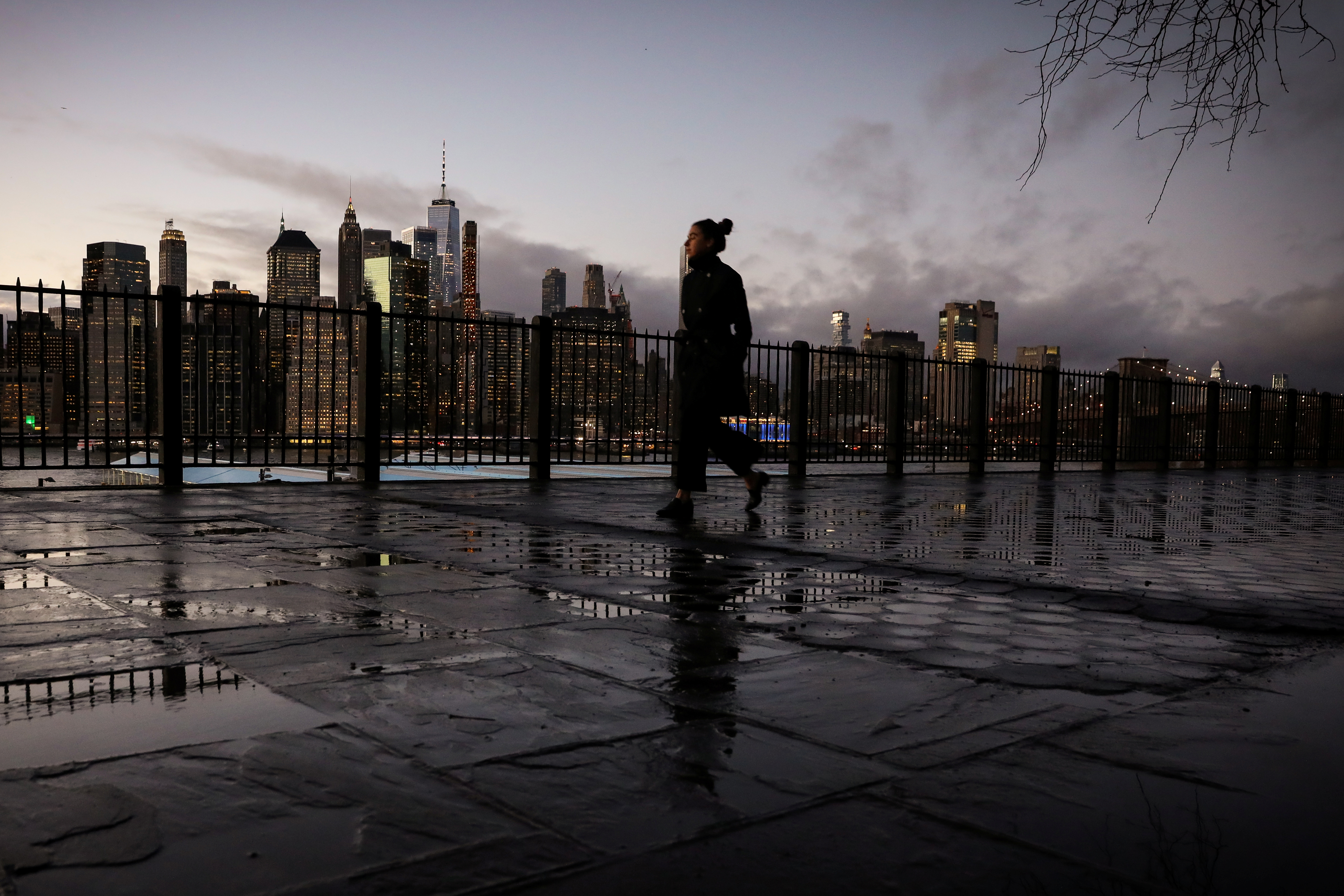 The New York City borough’s iconic promenade needs repair. The metropolis’s belated plan to fix it is costly, myopic and far from transparent. With Infrastructure Week under way, it’s a timely tale showing why the nation’s waterways, roads and the like are in such a mess.

A woman walks along the Brooklyn Heights Promenade across from lower Manhattan following a rainstorm in the Brooklyn borough of New York, U.S., January 24, 2019.

America’s seventh annual Infrastructure Week runs May 13-20. The eponymous organization has more than 500 affiliates including businesses, utilities, unions and other groups. Its eight-member steering committee includes the U.S. Chamber of Commerce, the American Society of Civil Engineers, the Business Roundtable and the Value of Water Campaign.

New York City is in the process of trying to replace a 1.5-mile stretch of the Brooklyn-Queens Expressway. The triple-level structure, topped by the Brooklyn Heights Promenade, was opened to traffic in 1954. By 2026 it will be unsafe for trucks to use the BQE unless it is replaced.

The city’s initial plan involved turning the promenade into a temporary six-lane highway for six years while the underlying structure is rebuilt at a cost of up to $4 billion. An outcry from nearby residents prompted several new, unofficial designs from locals, architects and even the New York City comptroller’s office. As a result Mayor Bill de Blasio said in April he would set up an expert panel to evaluate the project.

(The author lives in Brooklyn Heights and will be directly affected by the project concerned.)