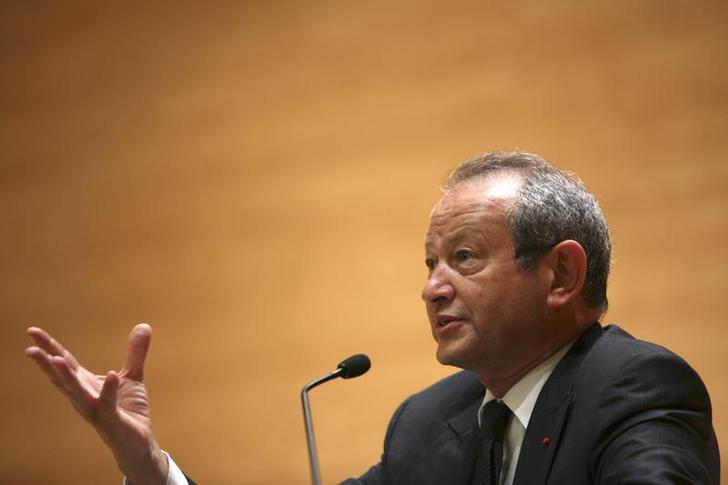 The country’s Islamist rulers have escalated a tax probe on billionaire Nassef Sawiris as he seeks to shift his construction group’s primary listing to Amsterdam. A fight between Egypt and its top entrepreneurial family is the last thing the country needs now.

Naguib Sawiris speaks during a conference

Egyptian authorities have barred Nassef Sawiris, the chief executive of Orascom Construction Industries, and his father Onsi, from leaving the country as part of an investigation into tax evasion.
The order from the public prosecutor is part of an investigation into accusations they evaded about 14 billion Egyptian pounds ($2.1 billion) of taxes during the sale of Orascom Building, an OCI subsidiary, to French firm Lafarge, state news agency MENA said.
OCI says the Egyptian Tax Authority has made a claim for 4.7 billion Egyptian pounds and all capital gains resulting from the sale of shares listed on the Egyptian Stock Exchange (EGX) are tax exempt.
OCI is separately finalising a deal that will shift its primary listing from Egypt to Amsterdam and could eventually see the firm leave the Egyptian stock market.
The two-stage deal involved holders of OCI’s global depositary receipts converting into ordinary shares of OCI NV. Holders of the firm’s Egypt-listed ordinary shares would then be given the option of cash or OCI NV shares.
OCI has obtained commitments in excess of $2 billion from investors, including Bill Gates, to pay shareholders that elect to sell their OCI ordinary shares for cash.
The firm’s shareholders have approved the deal but the Egyptian regulator asked last month for more information on the offer.
OCI has a market capitalisation of $7.7 billion.