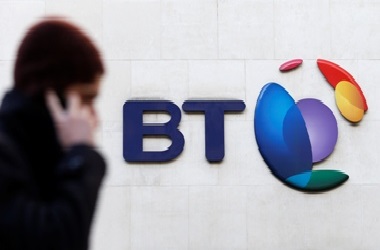 BT needs to improve the quality of its signals. UK regulators are mulling whether the British telecoms group should be broken up. Gavin Patterson, the BT chief executive, reiterated his dislike of the idea as the company reported flat earnings growth on Oct. 29.

Based on its reported numbers, it is hard to contend that BT, with an enterprise value of around 45 billion pounds, is creaming profit from its powerful market position. Half-year pre-tax profit climbed a healthy-looking 15 percent. Set pension funding one-offs on one side, however, and the pre-tax number was only 5 percent better. Underlying EBITDA was unchanged at 2.9 billion pounds.

The case for splitting is fairly compelling. Full structural separation of Openreach, the part of BT that builds and maintains the UK’s main network of telecoms infrastructure, from the larger part of BT which serves end-users, could focus management effort on both sides. Investors might see financial results that go beyond the ho-hum numbers just reported.

Separation might boost the sums available for investment replacing the UK’s old-style copper wire technology with super-speedy fibre-optic kit, if the Openreach part is better able to target investors specialising in infrastructure companies. It might also improve the quality of services marketed to consumers.

But a broken-up BT may not provide all the answers. BT says public benefits are more likely if it is allowed to remain in one piece. It has found money for infrastructure upgrades in the past. And there is risk. In theory, separating might leave the two more focused sides with lower costs of capital. In practice, added uncertainty could bring the opposite effect.

BT also says the current united structure means research and development expertise, and cash, is shared in a way that may reduce the total amount spent on improving the infrastructure. Estimates vary widely, but an all-fibre network might cost 25 billion pounds to build.

With a united BT, the UK has a good chance of enjoying better telecoms infrastructure at the best price. But while there is plenty to commend BT’s arguments, the company has work to do to make them entirely convincing.

A man talks on his mobile telephone as he walks past a BT logo in London, February 5 2015. REUTERS/Suzanne Plunkett

One option being considered by Ofcom is the demerger of Openreach, the arm of BT which is responsible for building and maintaining the UK’s main network of telecoms infrastructure.