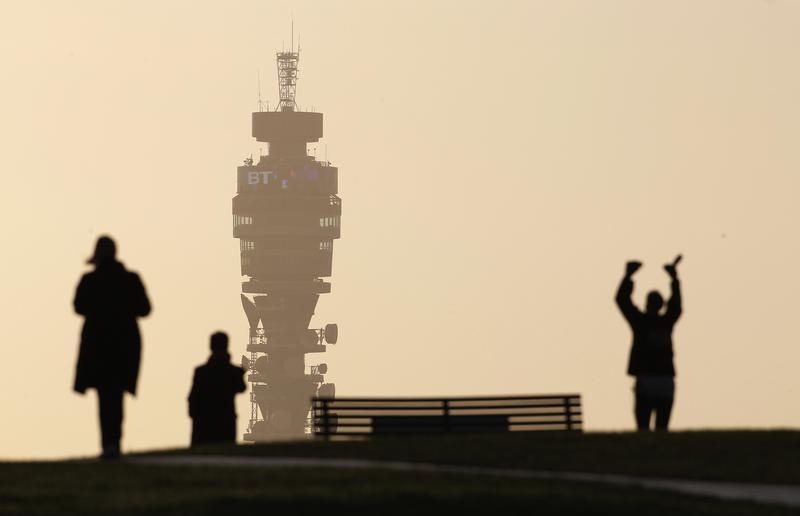 BT is in a strong position for mobile M&A. It has shaken up UK communications by moving into television and by preparing to launch a novel mobile service of its own. Now the fixed-line giant finds itself with a choice of two wireless networks to buy, Telefonica’s O2 unit or Orange and Deutsche Telekom’s EE. There are few likely counter-bidders for either potential target.

By European standards, Britain is late to “quad-play” packages that combine landline, broadband, mobile and TV. But BT, which shed its mobile network in 2001, is changing this. It has funds – 2.6 billion-plus pounds of free cash flow this year and wants new growth. It also needs to fight back in broadband where Sky has become a powerful rival.

Hence BT is readying a mobile service of its own, which will initially use EE’s network and eventually make use of BT’s Wi-Fi hot spots and in-home kit. Finishing this technologically tricky, “inside-out” network will take time but its emergence has already put pressure on the mobile-focused O2 and EE.

Profit margins are pretty low in British mobile and Citi reckons BT might struggle to boost earnings unless it can generate sizable synergies. Structure will matter too. A mooted all-equity deal wouldn’t help Telefonica de-lever, unless it loaded debt on O2 first.

Still, it helps BT that there are two potential targets and few other bidders. It would be a bold move for Liberty Global or Sky, fresh from buying sister businesses in Europe. Vodafone is probably ruled out on antitrust grounds and a move by Hutchison Whampoa, owner of the smallest network 3, looks improbable.

Other deals might follow. Fixed-line provider TalkTalk might be put together with whichever network goes unsold. Alternatively TalkTalk might go to Vodafone. Or the latter could bid for Liberty, to create a huge integrated player in Britain, Germany and the Netherlands. The M&A game in quad-play is far from over.

BT is in early stage talks to acquire Telefonica’s British mobile unit 02 and one other operator which Reuters identified as leading mobile provider EE. On Nov. 24, the Spanish telecom operator described the talks as very preliminary.

EE is a joint venture between Orange of France and Deutsche Telekom.

The BT communication tower is seen in the background as people walk on Primrose Hill in London.

BT is in early stage talks to acquire Telefonica’s British mobile unit 02 and one other operator which Reuters identified as leading mobile provider EE. On Nov. 24, the Spanish telecom operator described the talks as very preliminary.

EE is a joint venture between Orange of France and Deutsche Telekom.