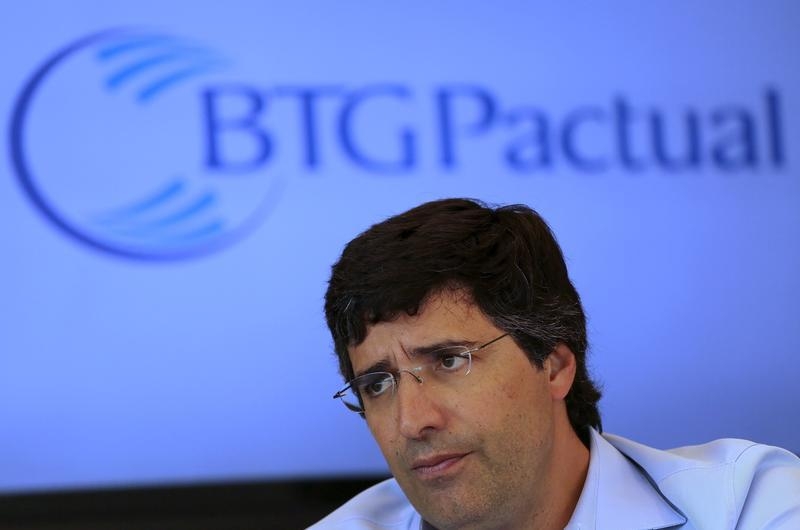 BTG Pactual may do fine without André Esteves, who quit as chairman and chief executive on Sunday. But that will depend on Brazil’s No. 1 investment bank retaining the trust of trading partners and customers through the crisis triggered by Esteves’ arrest as part of Brazil’s wide-ranging probe into corruption at national oil giant Petrobras.

The former boss owns a controlling stake. Over time, though, he has made the firm, which had total assets of 303 billion reais ($79 billion) at the end of September, less dependent on its home market and more diversified.

BTG Pactual has branched out, both within Latin America and further afield. It has also boosted its wealth-management division, most recently with the acquisition of Swiss private bank BSI. As a result, the company should now derive some 60 percent of its earnings from outside Brazil, Esteves told shareholders recently.

New co-CEOs Roberto Sallouti and Marcelo Kalim are no slouches. They’re veterans of the firm. Sallouti, until now chief operating officer, used to run its trading desks. Kalim started as a trader before moving to BTG Pactual’s buyside division, which he headed before becoming chief financial officer.

That suggests no problem continuing business as usual. The trouble is, that’s not always how banking works. Investors had pulled some 4.2 billion reais from its fixed-income funds by the end of last week, Bloomberg reported. BTG Pactual’s shares are down about a third since Esteves’ arrest. Funding for trading can dry up quickly, as Bear Stearns discovered in 2008, albeit amidst much broader market turmoil.

BTG Pactual is exposed in a few ways. Repo trades financed just over 10 percent of its balance sheet at the end of the third quarter, and these short-term credit lines are often the first to be pulled. Some 15 billion reais of debt for its banking arm comes due in the next 90 days, according to Reuters. In a worst-case scenario, those funding needs could eat through the company’s 40 billion reais in cash and easy-to-sell securities. The 73 billion reais of deposits, mostly thanks to BSI, may be a flight risk, too.

While the company has the necessary management depth, that may not stop some shareholders, lenders and clients running away from the connection with the Petrobras scandal. That’s the danger the new top brass now has to head off.

Esteves was arrested on Nov. 25 on suspicion of obstructing an investigation into corruption at state-run oil company Petroleo Brasileiro, known as Petrobras. The price of shares in the bank, which had total assets of $303 billion reais ($79 billion) at the end of September, has fallen by about a third since then. Clients have pulled some 4.2 billion reais out of fixed-income funds the bank runs, according to Bloomberg.

Persio Arida, who was named acting CEO after Esteves’ arrest, is to become chairman of BTG Pactual, and International CEO Huw Jenkins becomes vice chairman. Roberto Sallouti and Marcelo Kalim, the partners who have been serving as the company’s chief operating officer and chief financial officer, respectively, are to become co-CEOs.

Esteves owns some 24 percent of BTG Pactual and has effective control of the bank thanks to a so-called golden share. The bank’s partners are considering a plan to buy his stake in the firm, according to Bloomberg.