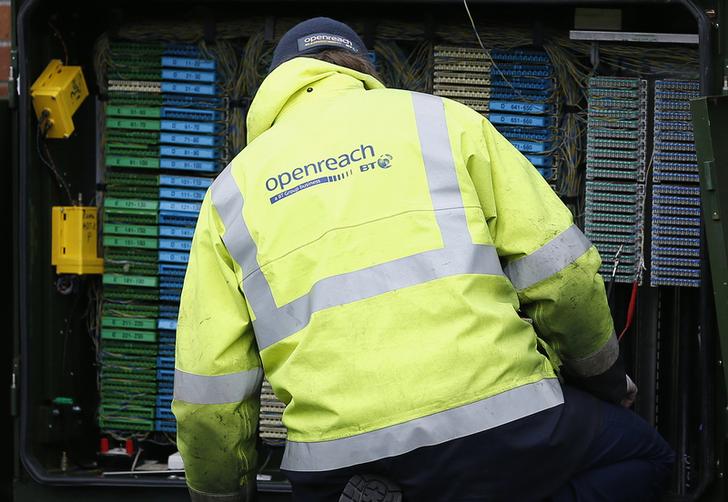 The UK phone giant is considering offloading part of its $24 bln Openreach network unit, the FT says. CEO Philip Jansen and his predecessors resisted a split. But he urgently needs cash to boost fibre broadband, and a sale could lift BT’s shares from this week’s decade lows.

A BT Openreach engineer works on a telecommunications cabinet near Manchester, Britain March 3, 2016.

BT is in talks to sell a multibillion pound stake in its Openreach network division to infrastructure investors to help bankroll a 12 billion pound upgrade of Britain’s broadband network, the Financial Times reported on May 14.

The paper cited Australia’s Macquarie as a potential buyer, along with an unnamed sovereign wealth fund. The unit could be worth as much as 20 billion pounds, the FT added. BT declined to comment.