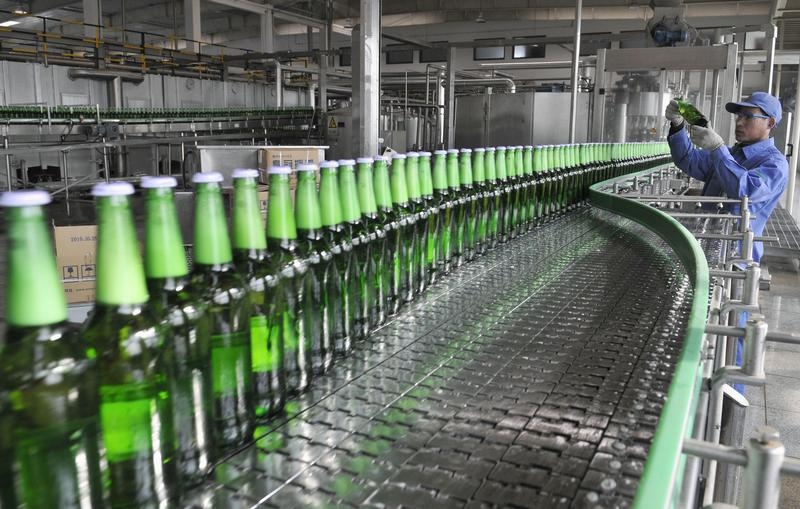 Budweiser brewer Anheuser-Busch InBev has yet to make a firm offer for rival brewer SABMiller, but the market is already tipsy on the potential for value creation. The companies’ market capitalisations had increased almost $30 billion by Sept. 18, two days after AB InBev’s interest was disclosed, roughly two-thirds of which accrued to SAB. Investors are infusing AB’s acquisitive Brazilian boss Carlos Brito with some considerable merger skills.

Consider some headline numbers: the two companies had an enterprise value of $307 billion the day before the merger was floated. Based on consensus estimates for 2016, and acknowledging the companies’ different year-ends, that was akin to 12.3 times forecast EBITDA. If that kind of rating were still to apply to their enlarged enterprise value of $336 billion, one interpretation is that investors think EBITDA should emerge from a merger some 9 percent higher – and that’s not factoring in any uncertainty over whether a deal will actually materialise.

What does that mean? Well, additional EBITDA of $2.3 billion would be around 15 percent of SAB’s forecast sales for 2016. Other beer deals tend to target less, though Brito has often got more. His bid for Anheuser-Busch aimed for 13 percent, according to Bernstein, though the end result was higher. Grupo Modelo elicited an impressive 18 percent. The Brazilian corporate mixologist’s track record means it has been unwise to bet against him. But meeting investors’ punch-drunk expectations on this, his biggest deal yet, will be a tall order.

Anheuser-Busch InBev made a takeover offer for rival brewer SABMiller, the companies said on Sept. 16.

By Sept. 18, SABMiller’s shares had risen to 36.22 pounds, 22 percent above their closing price the day before the approach was disclosed. AB InBev’s shares had increased 7 percent, trading at 99.09 euros at 0900 GMT.

An employee checks a bottle of beer at an assembly line of a Tsingtao brewery in Rizhao, Shandong province January 20, 2011. China finished 2010 with a bang, its growth soaring past expectations while inflation slowed less than expected, numbers that could prod the government to ratchet up its easy-does-it approach to policy tightening. REUTERS/Stringer

Anheuser-Busch InBev made a takeover offer for rival brewer SABMiller, the companies said on Sept. 16.

By Sept. 18, SABMiller’s shares had risen to 36.22 pounds, 22 percent above their closing price the day before the approach was disclosed. AB InBev’s shares had increased 7 percent, trading at 99.09 euros at 0900 GMT.