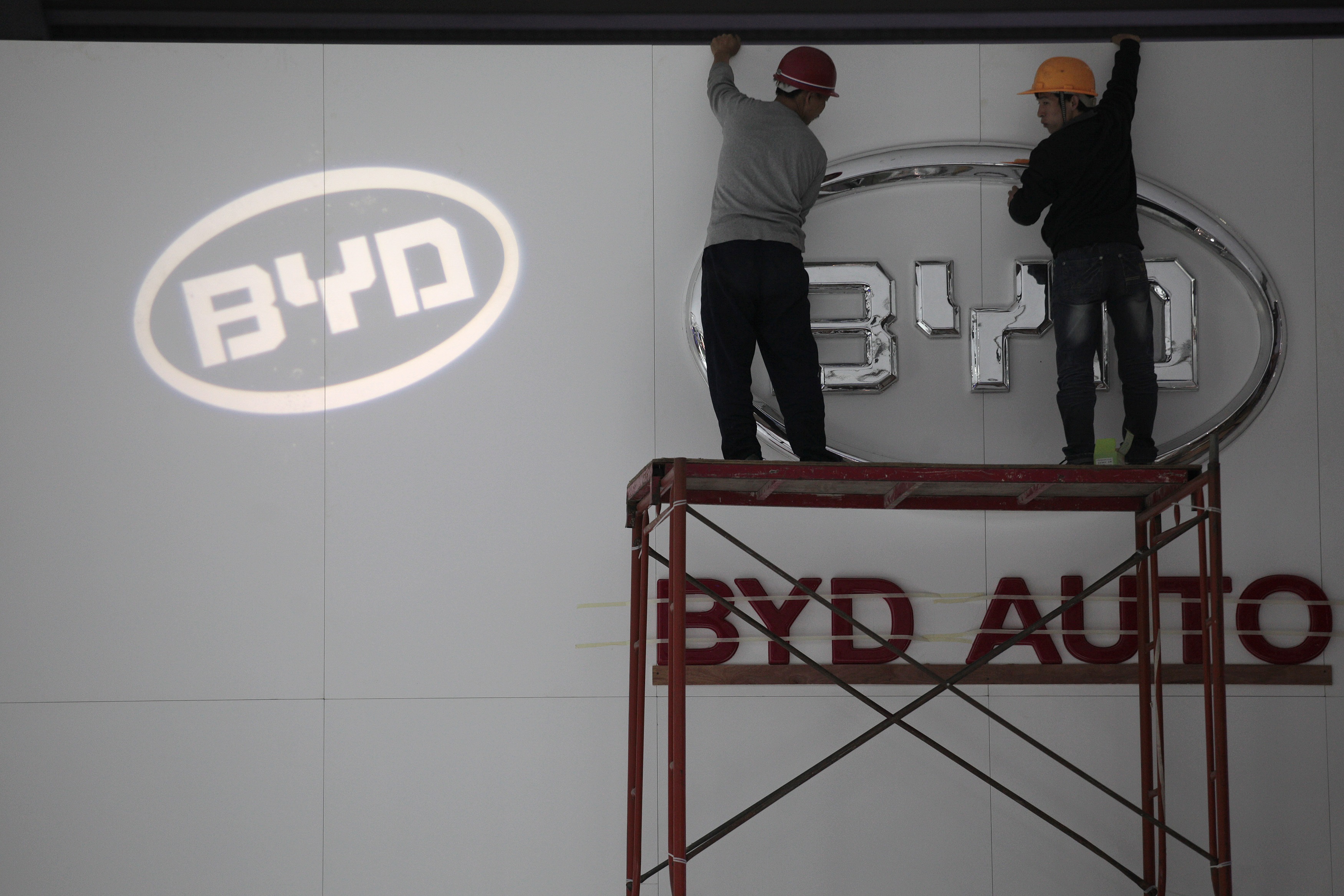 The carmaker’s stock almost doubled this year on China’s plans to rev up the electric-vehicle market. Founder Wang Chuanfu is targeting 1 trln yuan in sales by 2025. Yet earnings are flagging. To outpace nimble upstarts and powerful rivals such as CATL, BYD must scale up fast.

Workers work in front of the logo of Chinese car manufacturer BYD (Build Your Dreams) Auto, at the World Electric Vehicle Symposium and Exposition (EVS) in the southern Chinese city of Shenzhen November 4, 2010.

BYD said January to September net profit fell 23.8 percent to 2.79 billion yuan. In August it had forecast a drop of roughly 20 percent to 25 percent.

A unit of Warren Buffett’s Berkshire Hathaway bought 225 million BYD shares in 2008 for about $230 million. As of this year, that equated to an 8.3 percent stake, BYD said in August.