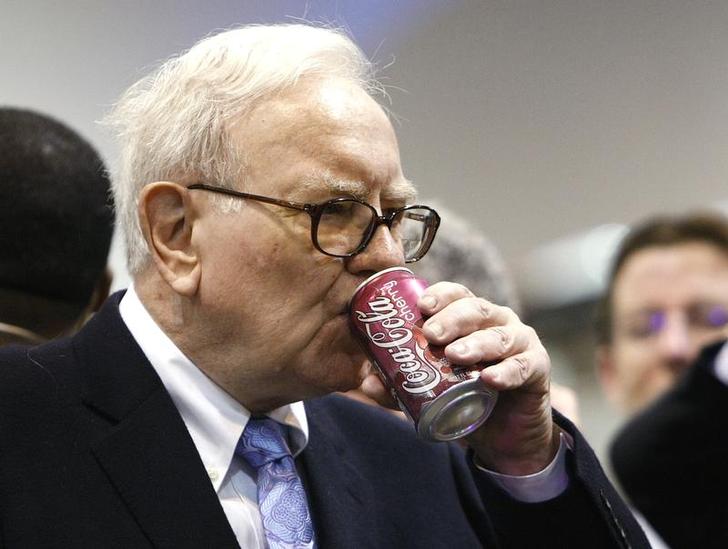 Warren Buffett this weekend cemented his legacy: not simply as an investment god but as an 84-year-old human shield. At the annual shareholder meeting celebrating 50 years of Berkshire Hathaway under his watch, the Oracle of Omaha parried a barrage of queries and concerns over his holdings, partners and governance. Investors one day will miss Buffett’s stock-picking prowess but the force field he provides around the company may be his most undervalued quality.

Veteran acolytes among the 40,000 shareholders who descended Saturday into Nebraska for Berkshire’s regular meeting, dubbed “Woodstock for Capitalism,” had plenty to celebrate. Over the last half century, the $350 billion conglomerate under Buffett generated annual average growth in per-share book value of 19.4 percent. That’s roughly double what the S&P 500 has delivered including dividends. At the same time, there is plenty about which to fret.

Investors, analysts and journalists peppered Buffett and his nonagenarian right-hand man Charlie Munger with tough questions for five hours. Prospects for Coca-Cola and IBM, two large Berkshire holdings which are confronting rapid upheaval in their respective industries, came under fire. A labor dispute at Berkshire-owned NetJets, whose employees picketed the proceedings, and alleged predatory lending practices at its Clayton Homes division also stirred controversy amid the festivities. Buffett’s recent partnership with rampant Brazilian cost-cutters 3G on a few deals also was challenged.

Most chief executives might have withered under the scrutiny. Buffett fell back on his folksy charm and confident optimism to deflect the arrows. In a representative response, he said he thinks soda makers will change with the times, but also predicted that consumption of Coke will rise in the next 20 years, while quipping that a quarter of the calories he consumes come from a Coke can. He extolled Clayton’s behavior, praised NetJets pilots and defended 3G.

These deflection skills are bound to make the latest criticisms fade away, just as so many others have done. Opacity over succession planning at Berkshire and questionable stock trading by one of Buffett’s longtime lieutenants are among the recent brouhahas that have left little lasting damage. Buffett is pining for another big acquisition. Maybe DuPont should be on his radar. Berkshire will need a healthy supply of the Teflon it makes whenever Buffett is gone.

Berkshire Hathaway, the $350 billion conglomerate run by celebrated value investor Warren Buffett, hosted about 40,000 shareholders for its annual meeting in Omaha on May 2.

Berkshire Hathaway, the $350 billion conglomerate run by celebrated value investor Warren Buffett, hosted about 40,000 shareholders for its annual meeting in Omaha on May 2.