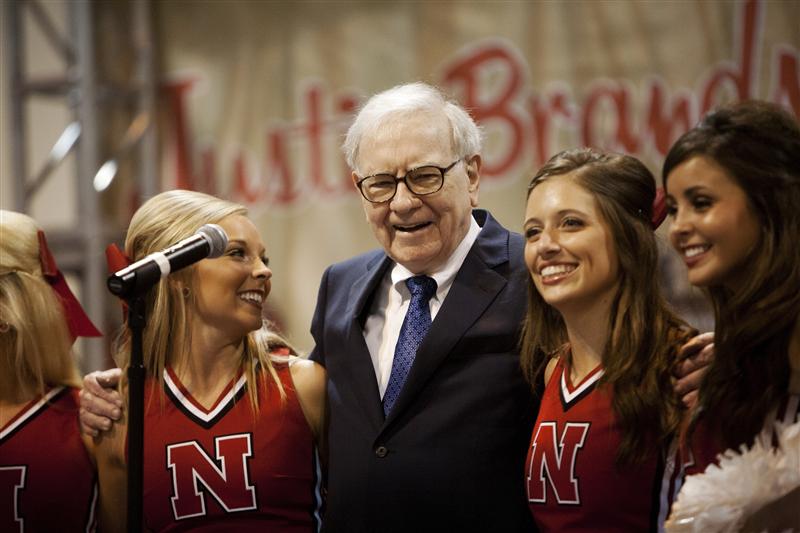 Warren Buffett has built a career on finding value. And insurance-focused Berkshire Hathaway excels at calculated risks. But the ideological divide over a politically charged tax plan with Buffett’s name on it that marred Saturday’s annual shareholder love-fest this year suggests a temporary lapse when it comes to those two virtues. The Buffett Rule may be an unexpected liability for Berkshire.

It all started cheerfully enough. The thousands who made the pilgrimage to Omaha delighted in traditions old and new, including consuming the Oracle’s favorite ice-cream bars and competing with him in a newspaper-tossing competition. It wasn’t long into the proceedings, however, before the fun-loving spirit dissipated.

Buffett tried to defuse controversy over the White House’s “Buffett Rule” that would force millionaires to pay at least a 30 percent tax rate by spoofing it in an introductory skit. But less than an hour into what would be a full day of questioning from journalists and analysts, Buffett was asked to explain his rationale for the scheme.

The polarizing force of Buffett’s decision on the Berkshire faithful quickly became evident. When one shareholder relayed the news that his 84-year-old father didn’t want to hold the company’s stock because of the Buffett Rule, a round of applause erupted in the CenturyLink Center. Buffett bristled at the criticism and suggested that if this fellow octogenarian didn’t like his politics, he should maybe consider owning Fox, the conservative broadcaster owned by Rupert Murdoch, instead. The quip played to another portion of the crowd.

For Buffett, raising taxes on the rich is a matter of fair play – and he has a point. Something is quite obviously wrong with the U.S. tax code when a billionaire’s tax rate can be in the mid-teens while so many others – not just his secretary Debbie Bosanek – in his office are stuck paying a rate in the 30s. The issue also dovetails nicely with Buffett’s populist image, but of course clashes with the beliefs of some of his investors.

“I think it’s ridiculous,” said Greg Hershberger of Lincoln, Nebraska, a self-described staunch Republican who was walking the exhibition floor where shareholders can buy See’s Candies, Justin Boots and other wares made by companies in the Berkshire empire. “Why would we want to tax people who make the most money and create jobs?”

The Buffett Rule fuels a perception that the Berkshire boss has chosen sides – not just on taxes, but in a take-no-prisoners political battle being waged far from America’s heartland. That isn’t necessarily good for Berkshire. The company’s stock has underperformed the S&P 500 index this year, a disturbing trend that is already making shareholders cranky. Throw in a piece of contentious legislation bearing Buffett’s name that looks designed solely to score points on the campaign trail and it could tip the scales for many investors.

If there are enough like 26-year-old Peter Lohmann, it may not matter much. When asked whether he thought the Buffett Rule would hurt Berkshire, he said: “It probably would, but I don’t care … If people don’t want to buy a stock because of Buffett’s politics, it just means there’s more cheap stock for me to buy.”

Berkshire doesn’t need the distraction, however. The company clearly has enough to worry about. Deals aren’t proving easy to come by. Buffett explained how he recently walked away from a $23 billion opportunity because of the price. Questions of who next will, or even could, run the sprawling conglomerate have intensified with Buffett’s prostate cancer diagnosis.

And a bad taste still lingers over the trading scandal that descended on Berkshire last year and prompted the resignation of one-time heir apparent David Sokol, especially with Buffett’s recent disclosure that Berkshire is still footing Sokol’s hefty legal bills. With all that for Berkshire shareholders to consider, it’s harder to see the value of their chief executive getting mired in a divisive, if noble, policy like the Buffett Rule.

Berkshire Hathaway shareholders gathered on May 5 at the CenturyLink Center in Omaha for the company’s annual meeting.

Warren Buffett sings with University of Nebraska cheerleaders during the Berkshire Hathaway Annual shareholders meeting in Omaha, May 5, 2012. Buffett assured shareholders of Berkshire Hathaway Inc that the company will be in good hands after he steps down, trying to allay fears about Berkshire's succession plan after revealing he had prostate cancer. REUTERS/Lane Hickenbottom

Berkshire Hathaway shareholders gathered on May 5 at the CenturyLink Center in Omaha for the company’s annual meeting.