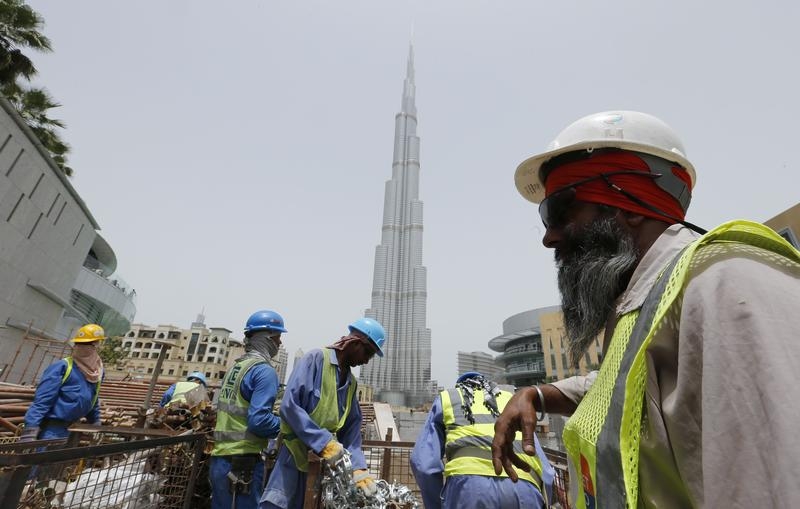 The shaky foundations of the most prominent builder in the United Arab Emirates have dented the country’s credibility. Shares in Dubai-based Arabtec, which helped erect the world’s tallest tower in the emirate, have more than halved since May 15, wiping almost $4.9 billion off its market value. The debacle is a warning to investors attracted by the UAE’s new emerging market status.

Arabtec’s slide began last month amid rumours of a rift between its two largest shareholders. Chief executive Hasan Ismaik mysteriously trebled his stake in the contractor to 28.9 percent this year before resigning as chief executive on June 18. Fears that he will sell out have left a massive overhang on the stock. The slide accelerated earlier this month when Aabar, an investment fund of the Abu Dhabi government, cut its stake from 21.6 percent to 18.9 percent.

Arabtec has not provided any serious explanation for what is happening. The company has said that it’s implementing a “limited restructuring” but it hasn’t quantified that in any way. A cadre of senior executives has also left the company raising questions marks over the expansionist strategy Arabtec has pursued in the past two years, taking it into new sectors such as heavy industry and oil and gas.

Aabar’s silence also raises questions about its commitment to the group. The fund’s minority shareholding leaves it unclear whether or not Arabtec is a sovereign entity with all the implicit financial guarantees that brings.

Aabar, which also owns stakes in commodity trader Glencore and Italian bank UniCredit, first disclosed a stake in Arabtec in 2012 and has since turned the builder into an economic policy tool. This helped the company secure a huge pipeline of projects – including a contract to construct the Abu Dhabi branch of the French Louvre museum and a $40 billion contract to build 1 million new homes in Egypt. It’s now unclear how many of those projects will go ahead.

The uncertainty surrounding one of the country’s most heavily-traded stocks comes less than one month after MSCI, which compiles widely-followed stock indices, formally promoted the UAE from frontier to emerging market status. It’s a timely reminder that, when it comes to good corporate governance, the Gulf is still a desert.

Labourers work near the Burj Khalifa, the tallest tower in the world, in Dubai May 9, 2013.

Shares in Dubai-based builder Arabtec have fallen 57 percent since May 15, wiping $4.9 billion off its market capitalization.

The stock slide began amid rumors of a rift between the management of Arabtec and its now second largest shareholder Aabar, a fund owned by the government of Abu Dhabi.

On June 18, chief executive Hasan Ismaik resigned from the company after 21 months at the helm. Arabtec cited “personal work and investment preoccuptations” as the reason for Ismaik’s departure.

In late May, Arabtec said the 37-year old Jordanian had raised his stake to 21.5 percent from 8.03 percent. It has since risen further to 28.9 percent.

Ismaik has said he would consider selling his stake in Arabtec if he received an attractive offer.

On June 25, Arabtec said that it had no plans to delist from the stock market and that it had “implemented a limited restructuring process”.

The company denied earlier reports that hundreds of staff had been fired.

Sources have told Reuters that a number of senior executives had departed the company.