Tango in the Balkans 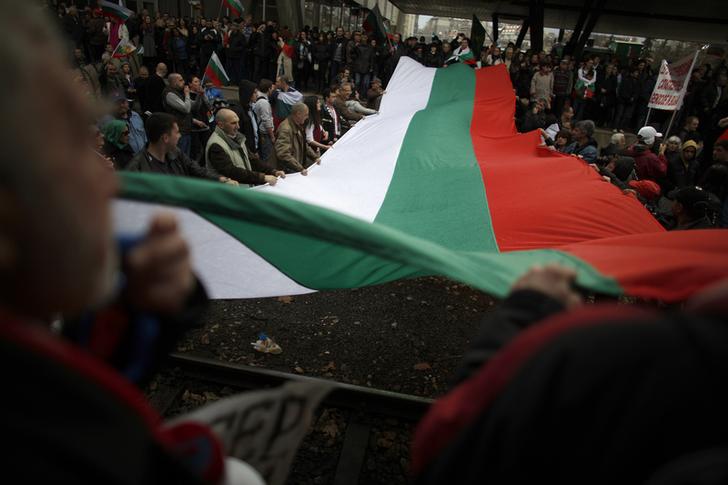 With the center-right GERB in a minority with no allies, the next government may be Socialist-led, and oppose austerity. A spending spree would quickly destabilize Bulgaria’s euro link, forcing a devaluation like that of Argentina in 2001. At least that might pep up the economy.

Protesters carry a Bulgarian national flag as they block the main railway station in Sofia March 10, 2013.

Bulgaria’s GERB party is demanding a rerun of the May 12 election, blaming illegal campaigning for its failure to win more support, prolonging a political vacuum that would further undermine the European Union’s poorest economy.
Center-right GERB, which won 97 of 240 parliamentary seats and cannot form a majority coalition, was swept from office in February by street protests against low living standards, corruption and organized crime.
Leader Boiko Borisov said on May 16 he will propose a minority government, even though it will not be voted in by parliament, if the constitutional court has not ruled on GERB’s complaint before the new assembly is convened. GERB has little chance of forming a government because other groups refuse to work with it.