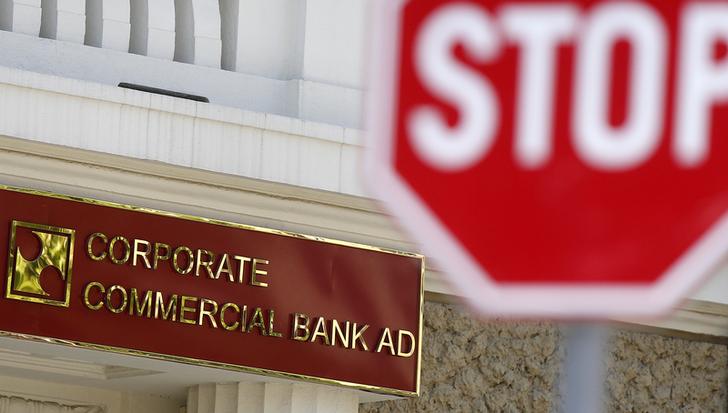 Bulgaria’s banking crisis has lessons for Scotland. The European Union’s poorest state per capita has won approval for a home-funded 3.3 billion levs ($2.3 billion) rescue after runs at its third- and fourth-largest lenders: First Investment Bank and Corporate Commercial Bank (CCB). That should give those envisaging a strife-free independent Scotland pause for thought.

Bulgaria’s financial instability seems more about political and social turmoil than economic fundamentals. The run on First Investment Bank on June 27, for example, was sparked by a flurry of inflammatory text messages sent by criminals bent on undermining the financial system, according to the Bulgarian central bank. Luckily for Sofia, which uses a currency board system that pegs the lev to the euro, it can afford to prop up the domestic banking system.

Bulgaria’s banking assets are 100 percent of GDP, public debt stood at only 19 percent of GDP last year, and the country has a current account surplus. Moreover, the state has 13.8 billion euros in foreign exchange reserves, almost half the value of the banking sector’s total deposits, according to Nomura. With 40 percent of accounts already in euros or other currencies, domestic depositors would have to convert a large portion of their outstanding levs to unsettle the peg.

If an independent Scotland opted for “sterlingisation” – using the pound, but without influence over monetary policy or money-printing capabilities – it could struggle to defend itself. Unlike similar small domiciles with outsized banking sectors like Hong Kong, Scots would have limited reserves, as well as a probable current account deficit.

That’s probably why wiser heads are advocating keeping Scotland in a currency union backed by the Bank of England. Anyone calling for something more adventurous should think of events in Sofia.

The logo of Corporate Commercial Bank is seen near a traffic sign in Sofia June 23, 2014.

Bulgaria won approval on June 29 from the European Commission to provide its banks with liquidity of up to 3.3 billion levs ($2.3 billion) following runs at the third- and fourth-biggest lenders: First Investment Bank and Corporate Commercial Bank.

Bulgarian citizens on June 27 withdrew 800 million levs from branches of First Investment Bank, the country’s third-largest lender, after a run earlier in the month had forced a closure of Corporate Commercial Bank.

Bulgaria’s central bank on June 30 said that the banking sector had returned to “normal functioning.” It said the runs were the work of criminals trying to destabilise the financial system via “rumours and malicious public statements.”

Bas Bakker, the International Monetary Fund’s mission chief to Austria, said the runs had been caused by “text messages” and that there were no underlying problems with Bulgaria’s banking system, which was “well capitalised and liquid.”

First Investment Bank and Corporate Commercial Bank have combined assets of just over 7 billion euros, but their non-performing loans are well below the Bulgarian system average of 17 percent, notes UniCredit.