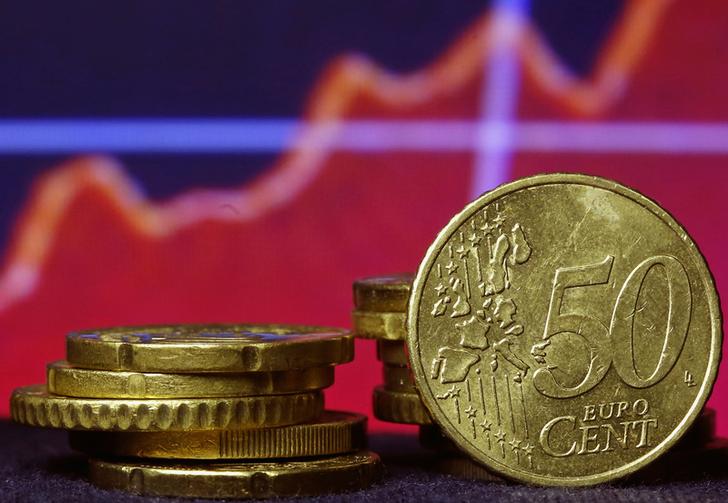 There is little doubt that Europe’s equity capital markets are in a euphoric state. That is fine for now. But there is a risk of excess.

The euphoria has come to the fore in the last three days. Investment banks have hawked more than 5 billion euros worth of blue-chip stock in overnight placings. The deals include stakes larger than 15 percent of the London Stock Exchange, French advertising group Havas, jet manufacturer Dassault Aviation and Poland’s Bank Millennium.

This is a trend. Volumes of secondary share offerings in Europe, the Middle East and Africa are 40 percent higher so far this year than in the same period last year, Thomson Reuters data shows. It helps that the Eurostoxx index is up 16 percent in 2015.

That increase largely reflects the European Central Bank’s belated quantitative easing programme, which is pushing up share prices. For the underwriters, rising markets reduce the risk of taking on big positions. If the shares cannot be unloaded on day one, they can probably go later for even more.

Bankers have become aggressive. ECM insiders say that the discounts offered to investors on slabs of shares are smaller than any time since the crisis. That has left some underwriters with sizable positions – or “sticks” in banker parlance. On March 6, Deutsche Bank said it was left holding a 7 percent stake in Merlin Entertainments, worth about 300 million pounds ($450 million).

The underwriters’ confidence can trip them up. Banks can have typically 45 minutes or less to price up deals. With so many companies competing to sell stock, resources can become quickly stretched.

When will it end? Perhaps a cancelled sale of Moneysupermarket.com stock is sign of change. On March 25, Citigroup said it had pulled an offering of shares in the price-comparison website on behalf of founder Simon Nixon. With a strong dollar deterring U.S. hedge funds, the chances of a turn in the placement market are increasing. Equity underwriters could be in for some painfully big sticks.

Euro coins are seen in front of a displayed stock graph in this picture illustration taken in Zenica, March 13, 2015.

Banks have sold more than 5 billion euros ($5.5 billion) worth of shares in European blue-chip companies via overnight placings on behalf of investors in the week commencing March 23.

Companies in which stake sales were underwritten by banks on the afternoon of March 25 include the London Stock Exchange, Poland’s Bank Millennium, French jet manufacturer Dassault Aviation and French advertising group Havas. In each case, more than 15 percent of the company was offered to investors.

Also on March 25, Citigroup said it had pulled a share sale in price comparison website Moneysupermarket.com on behalf of founder Simon Nixon - a deal it had begun marketing the previous afternoon.