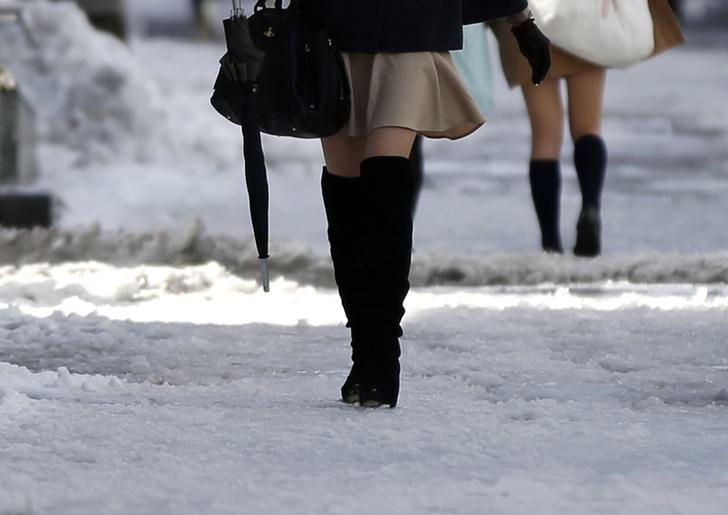 Burberry looks poorly dressed for this season’s chill winds. The British fashion label’s shares fell 12 percent on the morning of Oct. 15 as it reported scanty 2 percent first-half sales growth against the previous year.

The big problem is that Burberry is outfitted for a world where China is still growing rapidly. And it is too light on places like Japan and Korea where demand is healthy and Chinese tourists now prefer to spend.

The China predicament is particularly painful. That country generates 30 percent to 40 percent of Burberry’s sales. Hong Kong alone boasts 17 stores. Sales there slowed further in the three months ending Sept. 30, following a double-digit decline in the first quarter. August’s renminbi devaluation and the collapse in Chinese stock markets over the summer have taken their toll on the confidence of the country’s rich.

Chinese luxury goods buyers are still spending in Europe – yet Burberry’s strong UK presence isn’t ideally placed when they are splurging in Italy, France and Spain on the back of a cheaper euro. And the other region in which Burberry has planted its chequered flag – the United States – has proved uneven.

Time for a new look? That won’t be easy. Promises to rein in discretionary costs of around 20 million pounds are paltry. Burberry is already a fairly lean operation with EBITDA margins of around 23 percent last year, similar to its big rivals.

That leaves the options of sitting out the Chinese slowdown, or packing up some of those tailored trenchcoats and shifting the stores elsewhere. Even if the Middle Kingdom will still grow, it now comes with volatility that wasn’t there before – hugely unhelpful for retailers who must decide where to put down bricks-and-mortar stores. That’s the kind of changing fashion luxury goods companies don’t need.

Burberry missed forecasts for first-half sales growth and warned of an increasingly challenging environment for luxury sales. Group retail revenue rose 2 percent to 774 million pounds in the six months to Sept. 30. That compared to first-quarter growth of 8 percent.

Women walk on a snow-covered street in Tokyo

Burberry missed forecasts for first-half sales growth and warned of an increasingly challenging environment for luxury sales. Group retail revenue rose 2 percent to 774 million pounds in the six months to Sept. 30. That compared to first-quarter growth of 8 percent.