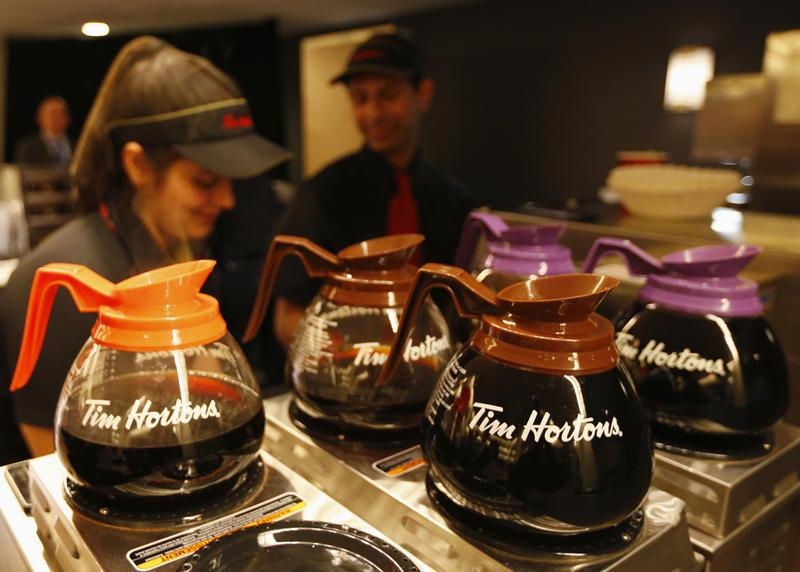 It will take more than a crossing of the Canadian border to justify investor ebullience for a potential Burger King-Tim Hortons combination.

The $9.6 billion U.S. burger chain’s shares leapt over 20 percent on Monday, after the companies confirmed they were in talks about a deal that would see Burger King shift its corporate domicile to Canada. Donut purveyor Hortons’ shares also soared. Yet for all the brouhaha over so-called inversions, the tax benefits for this deal are not immediately obvious – and certainly not able to account for the $3.6 billion boost to the fast-food outlets’ combined market value.

A welter of U.S. companies, mostly in the pharmaceuticals space, has done deals this year that allow them to move their headquarters to countries with lower corporate tax rates. In Burger King’s case, though, the arbitrage looks slim. The burger chain’s 2013 effective tax rate of 27.5 percent was nearly identical to what Hortons paid on its earnings last year, and well below the headline U.S. corporate tax rate of 35 percent.

If Burger King was letting foreign cash pile up overseas rather than repatriating it and giving Uncle Sam a cut, that would be another matter. But Burger King only had about $900 million of total cash on its balance sheet as of June 30. Burger King’s pre-tax foreign income was just under $200 million last year, so future tax savings don’t get anywhere close to explaining the $2 billion jump in Burger King’s market value, let alone the lift in the shares of its quarry.

That may explain why the companies’ statement confirming talks made no mention of the tax benefits – rather it focused on the potential to speed Hortons’ growth outside Canada. There would also likely be some cost savings, although a plan to continue to operate the brands separately would surely limit those gains.

3G, Burger King’s Brazilian-backed majority owner, has a reputation as a skilled operator, having nearly tripled the burger-chain’s enterprise value since acquiring it in 2010. And if it borrows billions of dollars to acquire Hortons, Burger King would get a tax shield of a different kind. Hortons might be able to grow faster and more profitably under new ownership, but without some truly whopper synergies, the market’s reaction looks overdone.

Burger King and Canadian donut franchise Tim Hortons on Aug. 24 confirmed they were in talks about a potential deal that would involve the U.S. hamburger chain shifting its corporate headquarters to Canada. Both companies’ shares rose more than 20 percent on Aug. 25. The companies were worth a combined $18 billion, based on their market values at the close of trading on Friday, Aug. 22.