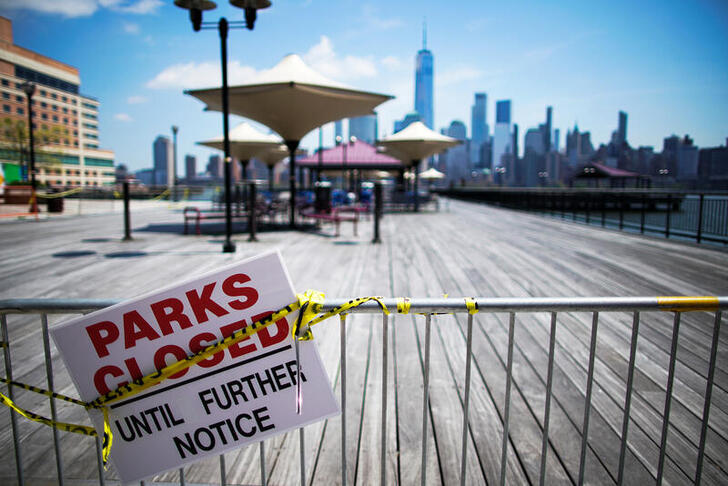 Giant companies and small businesses are demanding compensation for lockdown-related closures. Though some insurers excluded pandemics, others left grey areas. Legal and political fights cloud the vast liability. Uncertainty will be a drag on the industry – and on its customers.

A "closed" sign hangs in a local park, as One World Trade Center and Lower Manhattan in New York are seen in the back, during the outbreak of the coronavirus disease (COVID-19) in Exchange Place, New Jersey, U.S. April 25, 2020.

Britain’s financial watchdog said on May 1 it would urgently ask the courts to clarify uncertainty over whether businesses can claim compensation for disruption caused by the coronavirus pandemic.

The Financial Conduct Authority said it believed the majority of cases business interruption insurance was not purchased to cover the current emergency and is unlikely to cover it. However, there were a number of policies where it is clear that the insurer has an obligation to pay out.

Lloyd’s of London Chief Executive John Neal told the Financial Times on April 24 that the coronavirus pandemic is likely to be the most expensive event in history for the insurance industry. He added that hundreds of billions of dollars of losses would be discussed over time.

In the United States, losses suffered by small businesses as a result of the lockdown are between $255 billion and $431 billion per month, the American Property Casualty Insurance Association said on April 6.

Evan Greenberg, chief executive of US insurer Chubb said on April 22 paying out business interruption claims would “damage or destroy the insurance industry in a terrible way.”