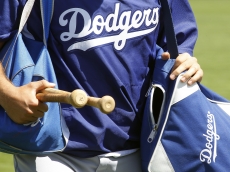 A ballyhooed effort to sell billionaire Philip Anschutz’s entertainment empire collapsed after the price tag implausibly stretched toward $10 bln. The exuberance followed lofty valuations for the L.A. Dodgers and soccer’s Man U. Even celebrity-driven markets have breaking points.

Billionaire Philip Anschutz said on March 14 he had called off the auction of Anschutz Entertainment, six months after announcing the sports and entertainment group was up for sale with Blackstone advising. AEG Chief Executive Tim Leiweke will leave the company after 17 years at the helm, to be replaced by Dan Beckerman.
AEG’s assets include the Los Angeles Kings professional hockey team, a stake in the Los Angeles Lakers basketball team, dozens of owned or operated arenas around the world, including the Staples Center in Los Angeles, and a concert business.